The PYD has prohibited Rudaw newspaper journalists from entering the village in which it claims the Al Nusra front has committed a massacre. 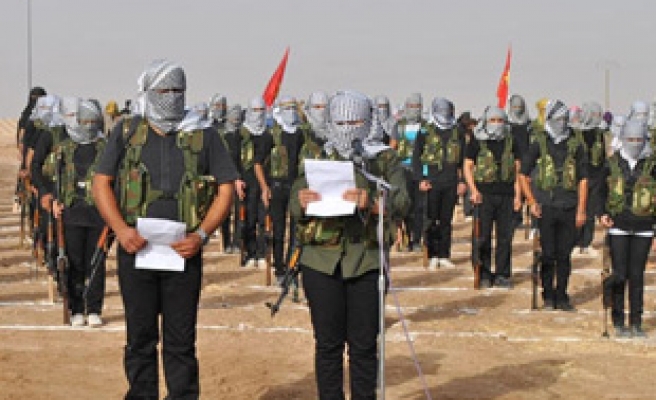 The PYD has prohibited journalists from entering the villages in which it claims Kurds have been massacred.

Reporters from the northern Iraq-based Rudaw newspaper wanted to enter the villages where internet sites close to the Kurdistan Workers’ Party (PKK) reported massacres against Kurds to have been carried out by the Free Syrian Army and the Al Nusra Front. However the PYD required the journalists to receive permission from the organization’s Ronahi television channel in order to be allowed into the villages.

According to a statement by Rudaw, which is known for its closeness to the Iraqi Kurdistan regional administration, the reporters who wished to gather information from the villages of Tilera and Tilhasilê, where the PKK reported about alleged massacres, were denied entry into the villages by the PYD.

The statement noted that the reporters had received permission from the Syrian Kurdish High Council to enter the two villages near Afrin, but were prevented by the PYD’s armed elements.

The Rudaw statement expressed, “This is not the first, we have encountered this experience many times. The PYD is constantly barring reporters from conveying the problems in the area. Rudaw’s attitude is certain and independent."

The PYD refusing reporters entry, and the factual authenticity of reports by news sites known for their affiliation with the organization have become subjects of discussion.

In a letter posted online on Saturday, Masoud Barzani said he had directed Kurdish representatives to go to neighbouring Syria to investigate news reports that figures from " al Qaeda are attacking the civilian population and slaughtering innocent Kurdish women and children."

"If the reports are true, showing that citizens, women and the children of innocent Kurds are under threat from murder and terrorism, Iraq's Kurdistan region will make use of all of its capabilities to defend women and children and innocent citizens," Barzani's statement said. He did not elaborate on the nature or extent of possible intervention from Kurdistan.

Barzani's letter was sent on Thursday to the preparatory committee for a Kurdish National Conference to be held in the northern Kurdistan city of Arbil later this month. The panel includes envoys from Iraq, Syria, Turkey and Iran. Barzani asked this committee to form another panel that would go into Syria.