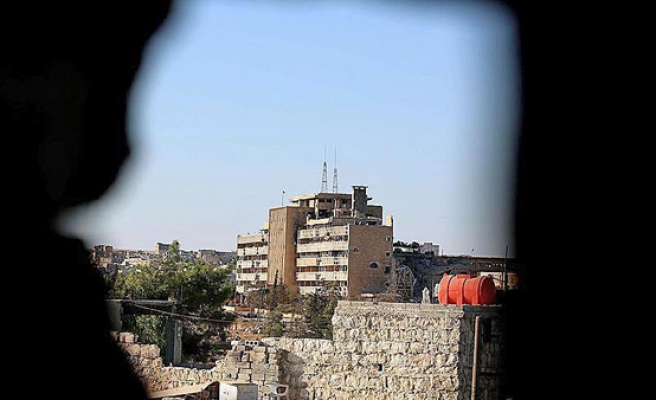 On Friday, the PYD -- the Syrian affiliate of the terrorist PKK organization -- captured the southern town of Al-Shadadi, the ISIL militant group’s last remaining stronghold in Al-Hasaka.

The four civilians were summarily executed by PYD terrorists following allegations that they belonged to ISIL, the sources told Anadolu Agency.

According to the same sources, ISIL militants retreated from Al-Shadadi once it had fallen to PYD forces.

Hundreds of local families have recently fled the town due to heavy artillery barrages by the PYD in which at least 90 civilians have been killed.

In early 2013, Al-Shadadi was captured from the Assad regime by the opposition Free Syrian Army before being overrun by ISIL militants one year later.