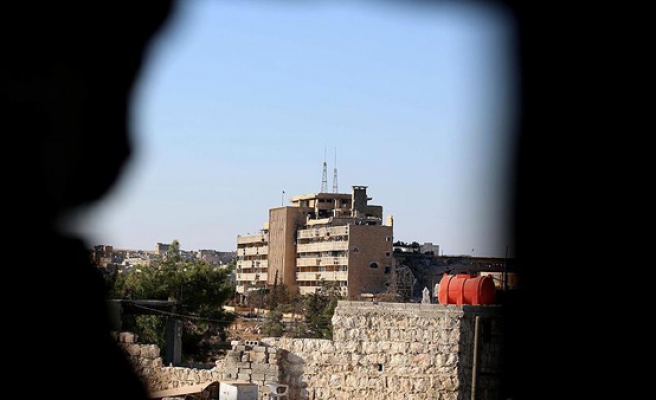 PYD, the terrorist PKK’s Syrian affiliate, shut down the offices of the Kurdish Yekiti party in northeast Syria on Friday, local sources said.

The sources said that PYD shut Yekiti’s offices in Hasakah province on grounds that the party was unlicensed.

Seen as one of the biggest parties of the National Council of Syrian Kurds (ENKS), Yekiti is opposed to the Assad regime.

PYD has been in control of Hasakah since 2014. The PYD, which is known for working alongside the Assad regime, is trying to oppress other Kurdish opposition groups.

The Syrian Network for Human Rights (SNHR) said earlier this year that the PYD terror group has been involved in ethnic cleansing, arbitrary arrest and forced conscription in Syria.

Amnesty International said in a 2015 report that the PYD ruined the northern region in which Arabs and Turkmen civilians live and caused the forceful displacement of residents.