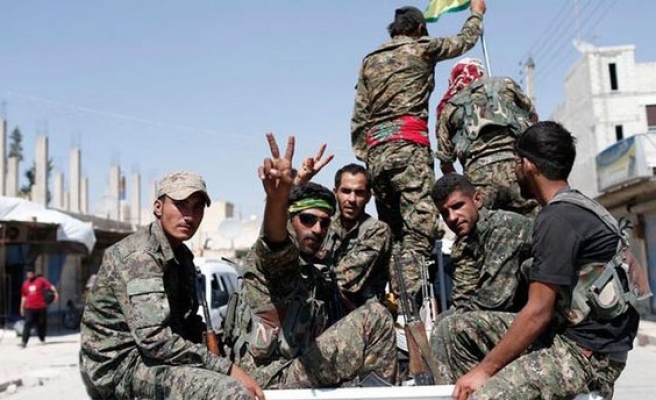 Fierce clashes erupted on Thursday between opposition forces and PYD terrorists on the outskirts of Syria’s northern Aleppo province, according to opposition sources.

PYD fighters, sources said, had captured a hilltop overlooking Al-Castillo Road, which is used by opposition forces to resupply their fighters inside Aleppo city.

According to the same sources, Russian warplanes struck opposition-held areas of Halak and Al-Sakan al-Shabab in an effort to help PYD fighters cut the supply line.

One civilian was reportedly killed by PYD forces during the offensive, in the latest violation of a cessation-of-hostilities agreement between the Syrian regime and opposition forces that went into effect late last week.

For the last four years, the PYD -- the Syrian affiliate of the PKK terrorist group -- has held northern Aleppo’s Sheikh Maqsood and Ashrafiya districts.

UN-sponsored talks between the Syrian regime and opposition groups are slated to begin on March 7.