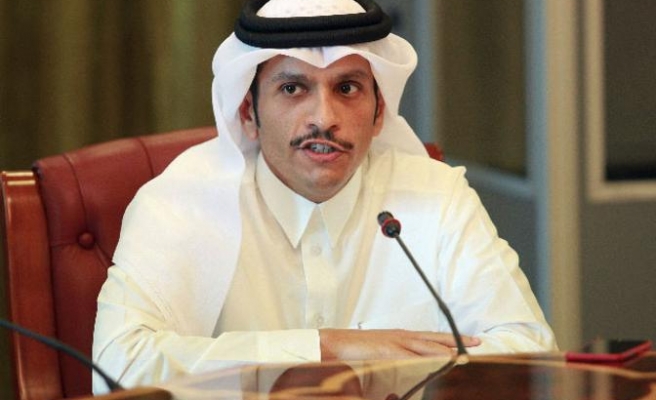 Qatar’s Foreign Minister Mohammed bin Abdulrahman al-Thani urged on Thursday the establishment of an Arab Islamic mechanism to fight against the U.S. President Donald Trump’s decision to recognize Jerusalem as the capital of Israel.

Speaking to Doha-based Al Jazeera news channel, al-Thani said that collective steps should be taken to discourage the U.S. from its decision on Jerusalem.

He called for forming an Arab Islamic mechanism to combat this decision.

The top diplomat of the Gulf state also voiced hopes that the Arab countries and the Islamic world would turn into taking concrete steps from condemning the U.S. stance.

He underlined that the decision would directly affect the Palestinian cause and the future of the region.

Al Thani emphasized that the cause of Jerusalem is not only an issue of the Palestinian people but also of the whole Islamic nation.

This is an issue that is concerned with the governments and leaders as well as the people, according to Qatar’s FM.

Despite widespread international opposition,Trump on Wednesday announced his decision to recognize Jerusalem as Israel’s capital.

According to Trump, the U.S. State Department has been told to begin preparations for relocating the U.S. embassy in Israel from Tel Aviv to Jerusalem.