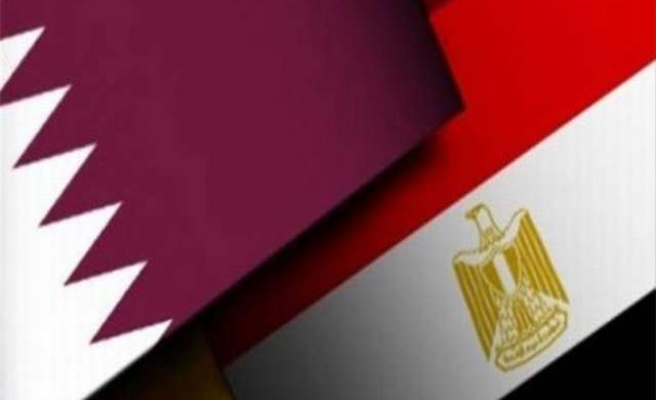 Qatar recalled its ambassador to Egypt after a diplomatic official from the latter accused the Gulf state of "supporting terrorism," state QNA news agency has reported.

Adel accused Doha of "taking a supportive stance towards terror" after it expressed reservations over a clause in an Arab League statement showing understanding to Egypt's airstrikes against the ISIL in Libya.

According to the statement,  all Arab League member states – with the exception of Qatar – have expressed their "full understanding" for the Egyptian airstrikes while condemning the ISIL's recent "barbaric" execution of 21 Egyptian hostages in Libya..

The Arab League also renewed its support for "all measures taken by Egypt in its war to eradicate terrorism."

Shortly later, Adel said that Egypt considers the Qatari position as an indicator of Qatar's "supportive stance towards terror."

On Monday, the Egyptian army carried out a series of airstrikes against suspected ISIL targets in Darnah. The strikes came after a video appeared online showing the execution – purportedly by ISIL militants – of 21 Egyptian Coptic Christians in Libya.

Relations between Cairo and Doha have deteriorated markedly since the military ouster of President Mohamed Morsi, Egypt's first freely elected president and a leading member in the now-outlawed Muslim Brotherhood movement, in mid-2013 following massive protests against his single year in office.

Egypt had accused Doha, which had been a key ally to the Morsi administration, of interfering in its affairs by supporting the Brotherhood and hosting a number of wanted Brotherhood figures following Morsi's ouster.

It also cites heavy criticism from Qatari-owned Al Jazeera news channel and its affiliate, Al Jazeera Mubasher Misr, which before its closure in December had been devoted exclusively to covering events in Egypt.

Ties, however, appeared to improve between Egypt and Qatar in recent weeks following mediation efforts by late Saudi King Abdullah bin Abdelaziz. But it seems the relations are taking a downturn following the death of the Saudi monarch.