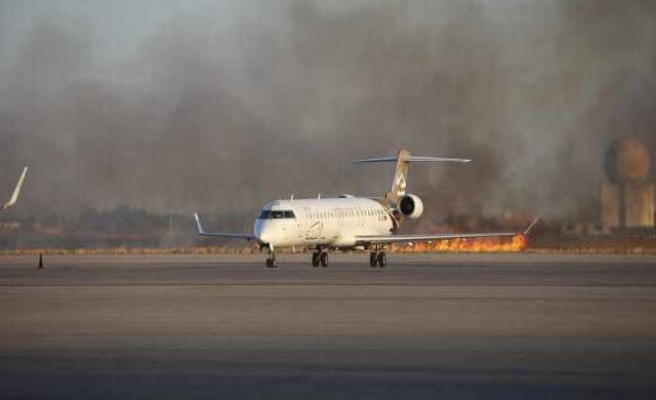 Qatar has denied an accusation by Libyan Prime Minister Abdullah al-Thinni that it sent three military aircraft loaded with weapons to a Tripoli airport controlled by an armed opposition group.

"The policy of the State of Qatar is based on clear and consistent foundations: mutual respect and non-interference in the internal affairs of other countries," said the statement on Monday evening.

Analysts say Libya is turning into a conflict zone for competing regional powers as the country faces the prospect of becoming a failed state or even civil war three years after the ousting of Muammar Gaddafi.

Qatar helped bankroll rebels who ousted Gaddafi, and it continues to be an ally of Egypt's Muslim Brotherhood, a movement with a following in many Muslim countries including ties to the opposition group now controlling Tripoli.

Rumaihi said Thinni should check the accuracy of his information before releasing public statements, something that was particularly important since Thinni had not said anything about "the bombing of his country and its citizens recently".

This is a reference to an assertion by the United States that the United Arab Emirates (UAE) bombed positions held by opposition fighters in Libya days before those forces seized the capital last month.

Thinni has denied this allegation, but has said without elaborating that the UAE is supporting Libya. The UAE has not directly addressed the allegation.

Qatar and the UAE are on opposite sides of a rift among Gulf Arabs over the role of Muslim Brotherhood in Arab politics.

Saudi Arabia, the UAE and Bahrain are angry over Qatar's support for the Brotherhood, whose ideology challenges the principle of conservative dynastic rule that dominates the Gulf.

The three states recalled their ambassadors from Qatar in March, accusing Doha of failing to abide by an accord not to interfere in each others' affairs. Qatar denies the charge.

In a sign that that pressure may be having some effect, the Brotherhood said on Saturday that Qatar had asked seven senior Brotherhood figures to leave the country.