A Doha-based source close to the Qatari government said without elaborating that Washington was working with Qatar to try to free a number of U.S. hostages in Syria. 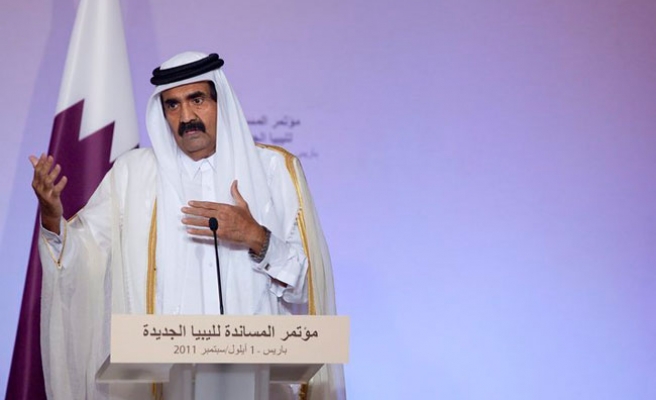 Qatar is working to help free four Americans held hostage in Syria by various armed groups, a Gulf source familiar with the matter said on Monday, a day after the Gulf Arab state's diplomacy helped free a journalist held since 2012.

The source declined to name the four or provide details, and Reuters could not independently verify the assertion, but his account was broadly supported by other sources.

The reported initiative by Qatar coincides with an effort by the tiny state to rebut accusations by some of its Arab neighbours and Western politicians that it supports the most anti-Western militant armed groups in Iraq and Syria. Those allegations followed months of criticism by human rights groups over its treatment of Asian guest workers and charges - denied by Doha - of corruption in its successful bid to host the 2022 World Cup.

The wealthy country, which does back some rebel factions fighting to oust Syrian President Bashar al-Assad, has mediated the release of foreign and Syrian captives on several occasions in the course of Syria's three-year-old civil war.

"Four other Americans who have gone missing in Syria have now been located, and Qatar is working to free them," the Gulf source told Reuters on condition of anonymity. He said the hostages were being held by "various groups" but declined to give details.

A Doha-based source close to the Qatari government said without elaborating that Washington was working with Qatar to try to free a number of U.S. hostages in Syria.

A rebel commander in Syria reached by Skype from Beirut told Reuters that Qatar was continuously trying to secure the release of captives of all nationalities.

"Qatar has good connection here on the ground with various groups," he said. "Freeing hostages is their priority, and whenever there is a chance, they help. They use these connections to release hostages. Right now they are working on several issues regarding hostages."

A Syrian opposition official in Doha said Qatar was trying to secure the release of a number of hostages across Syria, but did not say how many.

"Qatar has very good connections with brigades inside Syria. That's why their attempts have been successful, and more efforts are being made to free a number of hostages across the country," said the official, who asked not to be identified.

In Washington, a U.S. State Department spokesperson said the U.S. government over the past two years had reached out to over two dozen countries asking for help from anyone who could help secure the release of American citizens held in Syria.

News of Curtis's release emerged just days after ISIL, a splinter al Qaeda group that operates in Syria and Iraq, posted a video on the Internet showing one of its fighters beheading American journalist James Foley, who was kidnapped in Syria in 2012.

Qatar's role in securing Curtis's freedom may help repair a reputation dented by allegations from some of its Arab and Western critics that Doha supported ISIL and some other radical groups in Iraq and Syria.

Qatar denies it backs militant groups with al Qaeda ties, but it has been at odds for months with some fellow Gulf states over its longstanding support for the Muslim Brotherhood, a transnational group, and charges by Saudi Arabia and the United Arab Emirates that Doha interferes in their internal affairs.

Under a policy of international self-promotion, Qatar has for years also played peace broker in disputes from Somalia to Lebanon, and has irritated conservative neighbours by supporting Arab Spring revolts.

Qatar this week argued its aims in the region were peaceful and humanitarian, issuing a statement condemning what it called Foley's "barbaric" murder.

Qatari Foreign Minister Khaled al-Attiyah said earlier this year his country's mediation had secured the release in March of 13 Greek Orthodox nuns after more than three months of being held by fighters. The British-based Syrian Observatory for Human Rights identified the rebels who took the nuns as the Nusra Front.

Before that, Qatar helped win the release of 11 Lebanese Shi'ites in October 2013 after 17 months in captivity in Syria.

While the details of how Qatar managed to get Curtis free are yet to become clear, the Gulf source said Qatari intelligence acting at the request of the United States had obtained video proof that Curtis was alive, something that had allowed negotiations for his release to begin.

"The kidnappers had asked for ransom, but that's not something Qatar gets involved in," the source said without elaborating.

The source said Qatar had been willing to try to help free hostages held by various groups, but found it hard to work with ISIL, whose militants have taken responsibility for killing Foley.

The video of Foley's beheading posted on Tuesday, together with a threat to kill another American journalist being held hostage, Steven Sotloff, inspired widespread revulsion in the West and a desire to hunt down Foley's killer.

The U.S.-based Committee to Protect Journalists welcomed the release of Curtis "after nearly two years of harrowing captivity in Syria". It estimates that about 20 journalists are missing in Syria. Many of them are believed to be held by ISIL.