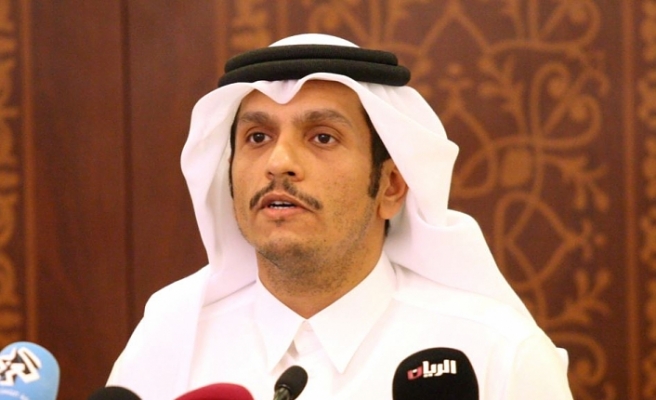 "We are not encouraging the unilateral measures against any country. Sanctions are not the way forward to solve a problem," he told CNBC News in an interview.

"If states don't engage in a regional framework that addresses the needs and concerns of each country, we will not reach a solution," he said.

Qatar’s ruler Tamim Bin Hamad al-Thani did not attend the GCC summit held early this month in Riyadh despite having been officially invited by Saudi King Salman bin Abdulaziz.

The Qatari minister spoke on the role of Saudi Arabia and the United Arab Emirates (UAE) when asked about turbulences in the Middle East.

"We are disagreeing with [Saudi Arabia] currently when they are blockading Qatar, when they continue the war on Yemen without reason, the way they kidnapped the Lebanese prime minister," he said.

"We disagree also with the Emiratis' policy when they go and supported brutal regimes, supported a military coup in Libya, supported a destabilization in Somalia, supported the separation and division of Yemen."

Saudi Arabia and the UAE are part of a bloc that imposed a blockade on Doha in the summer of 2017 for "supporting terror" allegations which Doha totally denies.