"Qatar will not apologize for any soul or life we saved in Syria. If we can mediate to save another life we will do so," al-Attiya said in response to a question 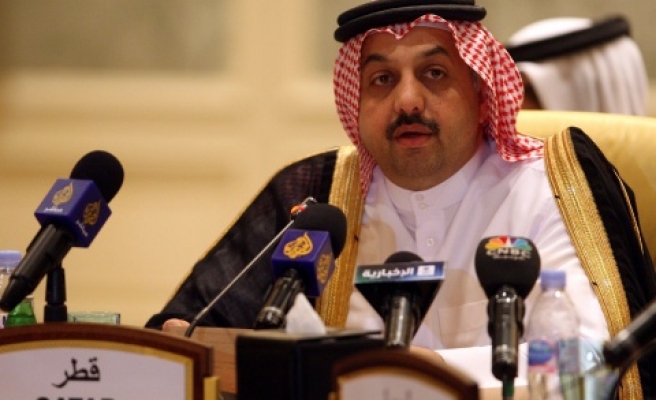 Qatari Foreign Minister Khaled al-Attiya defended on Monday his government's connections with militant groups in the Middle East and its involvement in negotiating the release of hostages but denied ever paying ransoms to secure their freedom.

"No, Qatar does not pay ransoms. Again, Qatar will not apologize for any soul or life we saved in Syria. If we can mediate to save another life we will do so," al-Attiya said in response to a question from Reuters after giving a speech at Princeton University's Woodrow Wilson School of Public and International Affairs.

The energy-rich Gulf Arab state, which does back some rebel factions fighting to oust Syrian President Bashar al-Assad, has mediated the release of foreign and Syrian captives on several occasions in the course of Syria's three-year-old civil war.

Qatar supported the U.S. strikes against ISIL in Syria, contributing one plane on the first night of attacks on Tuesday but did not take an active role in the operation.

Other U.S. allies Jordan, Bahrain, the United Arab Emirates and Saudi Arabia joined in the strikes. All are ruled by Sunni Muslims and are opponents of Assad, a member of a Shi'ite-derived sect, and his main regional ally, Shi'ite Iran.

Although the Gulf states all oppose Assad, Qatar has long faced criticism, including from its Gulf Arab neighbors, for using its vast oil and gas wealth to back rebels across the region including groups inside Syria.

Qatar assured the West on Sept. 24 it was not aiding ISIL.

In September it helped negotiate the release of 45 Fijian U.N. Peacekeepers taken hostage along the Syrian/Israeli border after being attacked by militant groups, including the al-Nusra Front, in the volatile area between Syria and Israel.

"The Fijians were working close with us, so they saw they saw our steps and movement to release their soldiers. We don't believe in paying ransoms. This is another way of fueling, if you may call it supporting through the backdoor, and this we don't do," al-Attiya said.

Qatar helped secure the release, among others, of Peter Theo Curtis, an American held for nearly two years by al-Nusra; 13 Greek Orthodox nuns in March after more than three months of being held by fighters. The British-based Syrian Observatory for Human Rights identified the nuns captors as al-Nusra.

"Sometimes criticized, this important and complicated role should neither be questioned nor taken for granted," he said, adding: "To the naked eye, Qatar might be a challenging case to fully understand, especially in the context of non-stop media bashing predicated by hired guns and a few lobbyists."