Quadrilateral Syria talks to be held on Friday: Moscow 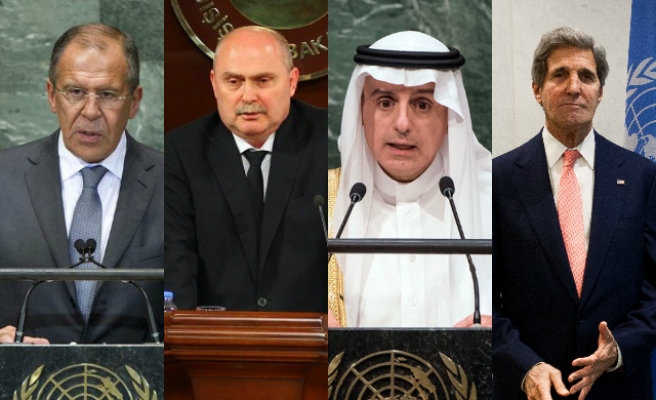 Russian Foreign Minister Sergei Lavrov and U.S. Secretary of State John Kerry will meet on Friday in Vienna to discuss the Syrian conflict together with their counterparts from Turkey and Saudi Arabia, Moscow said Wednesday.

Russia's foreign ministry made the announcement after a phone call between Lavrov and Kerry and following the surprise visit by Syrian President Bashar al-Assad to Moscow on Tuesday.

"The main focus was the situation in Syria in the context of preparations for the meeting between the (Russian) minister and Secretary of State in Vienna on October 23 where they will be joined by Saudi and Turkish foreign ministers," the ministry said in a statement.

Moscow also said that Lavrov proposed that a meeting of the "Quartet" of Middle East peace mediators -- Russia, the United States, the European Union and United Nations -- be held the same day, given the "extremely tense situation" in the Middle East.

More than 40 Palestinians have been killed in an upsurge in violence that began at the start of the month. Eight Israelis have died.

The attacks and unrest have raised fears of a third, full-scale Palestinian uprising.