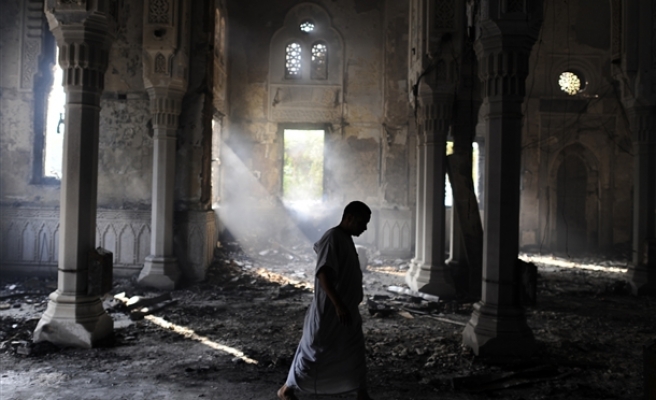 The Egyptian Ministry of Religious Endowments (Awqaf) on Thursday reassumed control of eastern Cairo's Rabaa al-Adawiya Mosque, which was badly burned one day earlier during the forcible dispersal of a sit-in staged by supporters of ousted President Mohamed Morsi.

A ministry official told the Anadolu Agency that the ministry would form a committee tasked with inspecting the mosque and documenting the damage before embarking on restoration efforts.

Ministry Undersecretary Mohamed Abdel-Razeq told the AA that he planned to inspect the mosque Friday morning.

The Health Ministry has said that at least 525 people were killed in nationwide violence that gripped the country on Wednesday, including 202 in Rabaa al-Adawiya and 87 in Nahda Square.

However, the official death toll remains far below figures given by the National Alliance for the Defense of Legitimacy, a coalition of pro-Morsi Islamist parties and figures, which has put the number of deaths from the dispersal of the Rabaa sit-in alone at some 2,600.