An airport in the eastern Yemeni city of Seiyun and an army base in the Hadramout province came under attack. 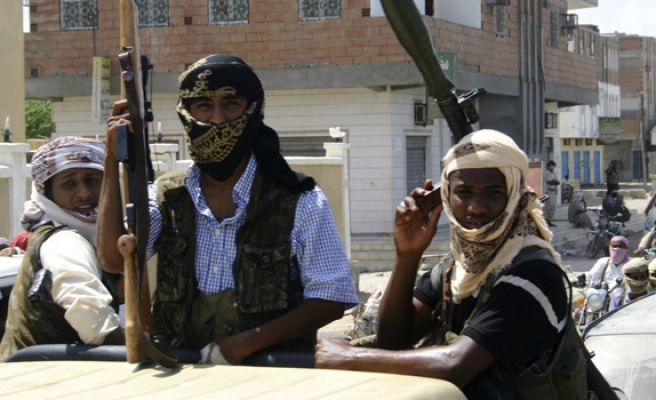 Rebels have attacked an airport in the eastern Yemeni city of Seiyun early on Thursday, clashing with soldiers and occupying parts of the building, sources at the airport said.

At around the same time, security officials said a suicide bomber drove his explosives-laden car into the entrance of an army base, killing two soldiers in the city in Hadramout province - a territory that holds some of the country's dwindling oil reserves.

There were no immediate reports of casualties at the airport but fighting was continuing, the sources told Reuters.

Washington and Gulf countries are worried that further instability in Yemen could allow Al Qaeda in the Arabian Peninsula (AQAP), the group's local wing, to consolidate its position and launch attacks overseas.

AQAP and allied local groups have staged attacks on government forces across the country, including many assassinations and car bombs in Hadramout.

The province and other parts of the former nation of South Yemen have also been rocked by mass protests by a separatist movement.

Seiyun's airport only had two scheduled flights on Thursday, to Yemen's capital Sanaa and Jeddah in Saudi Arabia, according to flightstats.com.