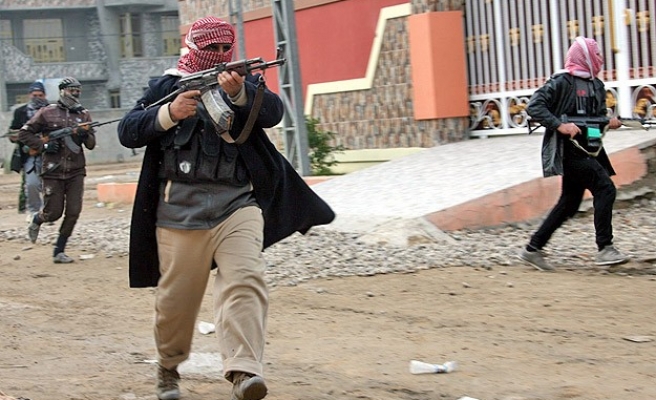 The Islamic State of Iraq and the Levant (ISIL) has been expelled from Syria's oil-rich eastern province of Deir al-Zor, according to the Free Syrian Army (FSA) and its allies.
A spokesperson for Eastern Front of the FSA, Omar Abu Leila, told the Anadolu Agency on Tuesday that the FSA, Al-Nusra Front and the Islamic Front expelled the ISIL militants from checkpoints around the region, including petroleum and natural gas wells.

In recent days, several ISIL members have been killed or captured, he said.

"Operations are going on to expell the ISIL members from regions where they are dominant."

He also noted that it is important to expell the ISIL out of the region as Deir al-Zor is both rich in terms of petroleum and natural sources and has a border with Iraq.

FSA, along with al-Nusra Front and the Islamic Front, initiated wide operations against the ISIL toward the end of 2013.

The group, mainly based in Raqqah and Aleppo, is said to have tensions with many opposition groups fighting Syrian President Bashar al-Assad's regime, and the opposition claims it mostly avoids confrontation with forces loyal to the president.
Last Mod: 11 Şubat 2014, 16:00
Add Comment