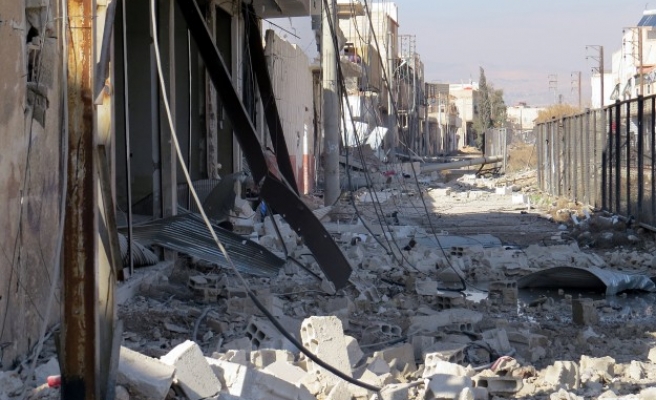 At least 48 people, including 11 children and three women, have been killed in air and ground operations carried out by President Bashar al-Assad’s forces across Syria, according to opposition activists.

The London-based Syrian Network for Human Rights, which tracks civilian and opposition casualties, said the regime’s air and land operations on Saturday killed 13 in Aleppo, 11 in Daraa, 10 each in Hama and Idlib, two in capital Damascus, one each in Homs and Raqqa.

According to the Syrian Local Coordination Committee, (LCC), numerous houses were demolished or damaged as army helicopters dropped barrel bombs on areas under opposition control in the capital’s suburb of  Darayya.

Syria has been gripped by quasi-constant fighting since the regime launched a violent crackdown in response to anti-government protests in March 2011, triggering a conflict, which has spiraled into a civil war.

The UN has stopped updating its death toll for the country due to difficulties in verifying casualties. At least 100,000 deaths were recorded in the last count in July 2013.