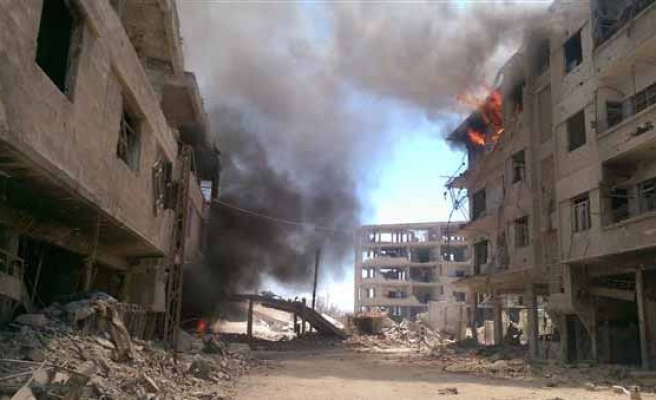 At least 20 people were killed and 100 others injured Wednesday by regime shelling in eastern Damascus, according to a local civil defense official.

The attack, which came one day before scheduled peace talks in Geneva, violates a ceasefire deal brokered by Turkey and Russia that went into effect last December.

Syria has been locked in a vicious civil war since early 2011, when the regime of Bashar al-Assad cracked down on pro-democracy protests -- which erupted as part of the “Arab Spring” uprisings -- with unexpected ferocity.

Since then, more than a quarter of a million people have been killed and more than 10 million displaced across the war-battered country, according to UN figures.

Some observers, however, believe the total death toll from the conflict to be much higher.