Revolutionary Guard warns of dangers of dealing with U.S. 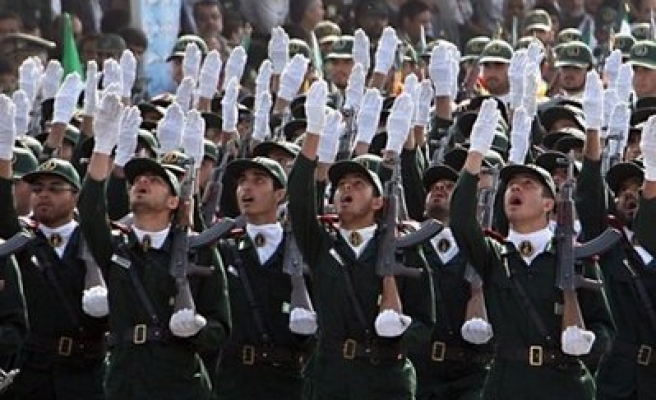 Iran's elite Revolutionary Guard has warned the country's diplomats about the dangers of dealing with U.S. officials, according to a statement at the weekend ahead of expected diplomatic contacts between the United States and Iran.

"Historical experiences make it necessary for the diplomatic apparatus of our country to carefully and sceptically monitor the behaviour of White House officials so that the righteous demands of our nation are recognised and respected by those who favour interaction," a statement from Iran's Islamic Revolutionary Guard Corps (IRGC) said.

The statement was published by Iran's Tasnim news agency on Saturday evening and added that the IRGC would support initiatives that were in line with national interests and strategies set forth by Iran's theocratic leader and highest authority, Ayatollah Ali Khamenei.

The IRGC, an elite force that was established to protect Iran's revolution in 1979, has been under pressure in the past week not to involve itself in politics and to support the new Iranian government's goals of better diplomatic ties and improving the economy.

On Tuesday, Khamenei appeared to give his strongest endorsement yet to new President Hassan Rouhani's attempts to initiate talks with the United States, saying he agreed with "heroic flexibility".

Khamenei also echoed a statement by Rouhani a day earlier that there was no need for the IRGC to be active in the political arena but that it should be familiar with politics.

The United States and its allies suspect Iran's nuclear programme is aimed at developing a nuclear weapons capability and has imposed tough economic sanctions on Tehran. Iran says the programme is purely peaceful.

Analysts say Rouhani will pursue a comprehensive charm offensive in the coming week while in New York for the U.N. General Assembly in order to set the right tone for further nuclear talks with world powers which he hopes will bring relief from sanctions.

U.S. President Barack Obama and his aides have made clear that they are ready to test Rouhani's intentions to seek a diplomatic solution to Iran's long-running nuclear dispute with the West.

The White House has left open the possibility Obama and Rouhani could meet on the sidelines of the U.N. meeting, and a U.S. official has privately acknowledged the administration's desire to engineer a handshake between the two leaders, which would be the highest-level U.S.-Iranian contact since the 1979 Islamic Revolution.

Saturday's IRGC statement was published on the eve of Iran's annual "Sacred Defence Week" to commemorate Tehran's 1980-1988 war with neighbouring Iraq. Iranian media said the IRGC and conventional armed forces would mark the occasion on Sunday with a parade to showcase their latest military advances.