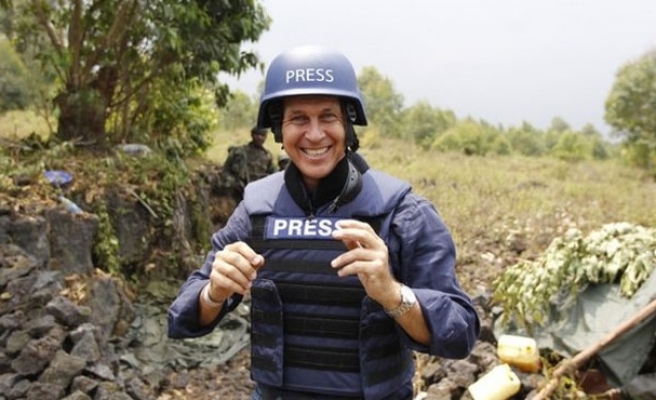 The three journalists were serving seven-year sentences for broadcasting “false news” and involvement with the banned Muslim Brotherhood movement. The international rights organization has been calling for the immediate and unconditional release of all three men since their arrest in December 2013.

“The news that Peter Greste will finally be allowed to leave Egypt after more than a year in prison comes as a welcome relief, but nothing can make up for his ordeal. It is vital that in the celebratory fanfare surrounding his deportation the world does not forget the continuing ordeal of Baher Mohamed and Mohamed Fahmy who remain behind bars at Tora prison in Cairo,” said Hassiba Hadj Sahraoui, Amnesty International’s Deputy Director for the Middle East and North Africa.

New Egyptian legislation permits the transfer of foreign nationals to their home countries to face trial or serve their sentences in cases of the “highest interest of the state.”

“All three men are facing trumped up charges and were forced to endure a farcical trial marred by irregularities. Continuing to detain Baher Mohamed and Mohamed Fahmy is completely unjust and unwarranted,” said Sahraoui.

“It has become increasingly clear that the journalists have been used as political pawns in a dispute between the authorities of Egypt and the Qatar government, which owns the Al Jazeera network. It is unacceptable that the lives of these men have been so carelessly toyed with,” Sahraoui said.

"I welcome the decision by the Egyptian authorities today to release Peter Greste. However, I remain concerned that Mohamed Fahmy and Baher Mohamed remain in jail," Hammond said in a press release.

"It also appears that charges remain against other journalists convicted in absentia, including British nationals Dominic Kane and Sue Turton. I call on Egyptian authorities to review their sentences as a matter of urgency," he said.

"I call on the Egyptian government to take further action to ensure the release of other journalists from prison, to release political detainees and to relax restrictions on civil society,” he added.