Scores of Egyptians died in 2014 because they were held in cells in 'grossly overcrowded and inhumane conditions,' says Human Rights Watch 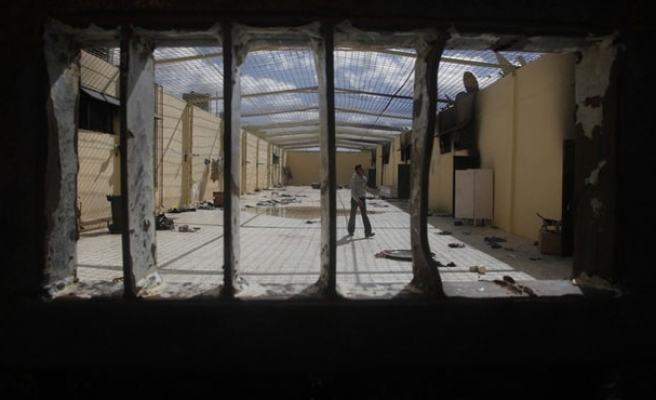 Scores of Egyptians have died in 2014 while in government custody, many of them packed into detention centers in life-threatening conditions, Human Rights Watch said in a damning report published Wednesday.

In addition to those who died after facing torture or physical abuse, many appear to have died because "they were held in severely overcrowded cells or did not receive adequate medical care for serious ailments," the report said.

The army-backed authorities in Egypt have launched a massive crackdown on dissent since the country's first democratically elected President Mohamed Morsi's ouster in July 2013, launching a broad arrest campaign targeting tens of thousands of his supporters.

The influx of detainees has strained the prisons, leading authorities to place many of them in temporary detention sites.

"Egypt’s prisons and police stations are bursting at the seams with opposition supporters rounded up by the authorities," said Sarah Leah Whitson, Middle East & North Africa director of the group. "People are being held in grossly overcrowded and inhumane conditions, and the mounting death toll is the wholly predictable consequence."

The report urged Egyptian authorities to abide by international law, which stipulates that detainees need to be provided with the same health care available to free citizens.

The report added that Egypt's prosecutors had filed only one case against police since mid-2013, despite the rising number of deaths and widespread reports of mistreatment.

"The authorities should investigate deaths in custody and prosecute police officers and other officials suspected of negligence or abuse," said the report.