Protesters blocked all entries to the mosque with chairs and shoe cabinets to prevent security forces and thugs from storming it. 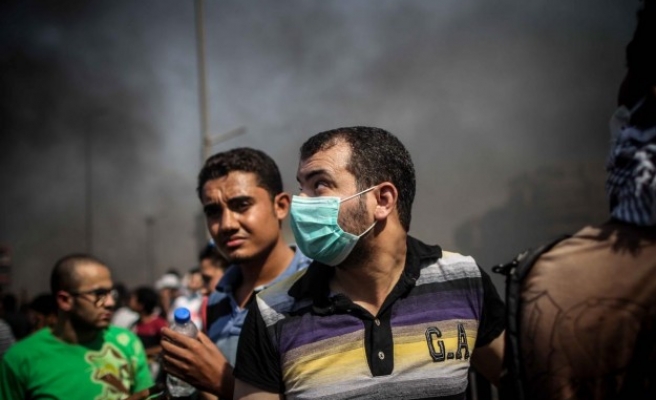 Rival chants have engulfed the Fath Mosque in Cairo's Ramses Square, where hundreds of backers of the deposed leader are besieged.

According to eyewitnesses, anti-Morsi demonstrators chanted slogans against the ousted president and the Muslim Brotherhood group.

Protesters also accused the Qatar-funded Al-Jazeera television of being biased toward the Muslim Brotherhood and called for the arrest of their crew.

Hostile chants were also heard against former Vice-President Mohamed ElBaradei, who resigned on Wednesday over the violent dispersal of pro-Morsi sit-ins in Cairo and Giza.

In defiance, besieged Morsi backers chanted slogans against the military.

About 1,000 protesters, including women and children, had taken refuge in the mosque after clashes between security forces and protesters in Ramses Square escalated.

Later, the security forces tightened control over the entire square and besieged Fath Mosque and the nearby Tawheed Mosque.

The protesters blocked all entries to the mosque with chairs and shoe cabinets to prevent security forces and thugs from storming it.

The protesters fear that they would be attacked by thugs if they went out, and decided to stay inside the mosque.

"Security forces supported by thugs are trying to break into the mosque by force," eyewitnesses told the Anadolu Agency.

There was no immediate comment from security forces on the report.

Egypt has been in a state of turmoil since security forces violently dispersed the sit-ins in Rabaa al-Adawiya and Nahda squares.