The attack came days after Iraq had denied reports that it had withdrawn troops from border with Saudi Arabia. 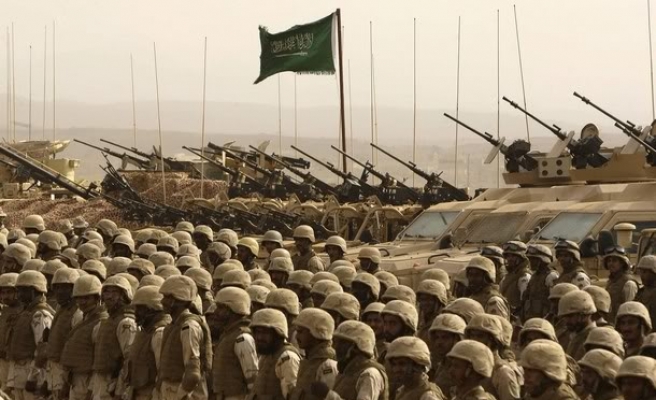 Three rockets hit near a Saudi residential compound near border with violence-ridden Iraq on Monday.

The rockets landed near the compound in the northern Arar city, the official SPA news agency reported.

The attack came days after Iraq had denied reports that it had withdrawn troops from border with Saudi Arabia.

Saudi Arabia accuses the Iraqi government of Shiite Prime Minister Nouri al-Maliki of being responsible for the current insurgency in Iraq, which is being led by the Islamic State of Iraq and Levant, a Sunni group with previous links to Al-Qaeda.

Al-Maliki, for his part, has previously accused Riyadh of "sponsoring terrorism" in the violence-wracked country.

Iraq entered a new phase of confrontation with militant groups last month when ISIL fighters advanced into the northern Nineveh and Saladin provinces, forcing the Iraqi army to beat a hasty retreat.

Thousands of Iraqi residents have fled their homes in the two predominantly-Sunni provinces since the violence intensified earlier this month.

The crisis – which remains ongoing – has drawn international attention, with neighboring Saudi Arabia, Kuwait and Jordan all on high alert fearing the ISIL's possible infiltration of their borders.