Suspected rockets were fired towards the southern Israeli beach resort of Eilat, the Jordanian port of Aqaba. 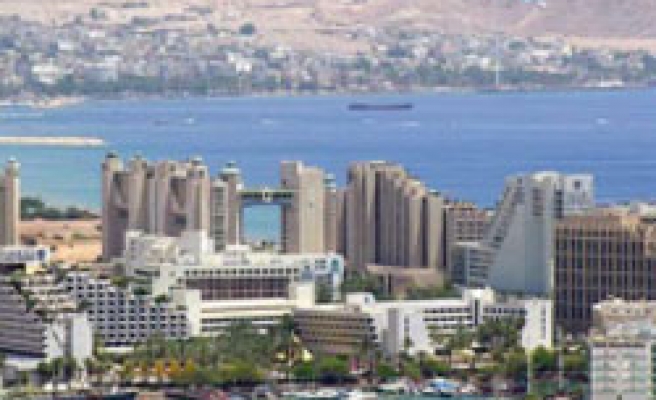 At least five suspected rockets were on Monday fired towards the southern Israeli beach resort of Eilat, causing no casualties in Israel but injuring four in the Jordanian port of Aqaba, officials said.

The suspected rockets came hours after an early morning explosion devastated the house of a senior Hamas commander in Gaza, wounding at least 42 people, Hamas and medical workers in the Palestinian territory said.

A Jordanian interior ministry source said four civilians were injured, one seriously, when a rocket hit a hotel area in its port of Aqaba.

There was no word of casualties in the adjacent Israeli port and holiday resort of Eilat, police said.

"The Grad rocket landed in a public street near a major five star hotel and caused four injuries, with three persons lightly wounded and the other casualty in serious condition," the Jordanian source said.

Asked where the Aqaba rocket was fired, he said without elaborating: "It came from the west." Experts were investigating the site to find out where the short-range Grad rocket had been launched, he said.

A Jordanian resident in the port city Ibrahim Salymeh said he heard one loud blast and when he arrived at the scene saw at least three injured men taken to a nearby hospital by ambulance.

A crowd gathered near the scene of the explosion several hundred metres away from a five star hotel close to the beach.

"We saw the wreckage of a taxi which was burnt and fragmented metal scattered around the area that was cordoned off by police," Aqaba resident Abdullah Yashin Rawashdehd told Reuters.

Eilat District Police Commander Moshe Cohen told Israel Radio that his forces were still trying to confirm that five explosions heard in the morning had been caused by shelling.

Two of the suspected rockets appeared to have landed in the sea, while another hit Aqaba, he said.

"It's a little early to say, but it is reasonable to assume that it came from the southern area," he said, referring to neighbouring Egypt.

However, Eilat Mayor Meir Itzhak Halevi told Israel Radio there was no sign any of the rockets hit inside Eilat's city limits. Israeli media reported that three rockets fell into the Red Sea and two in open spaces.