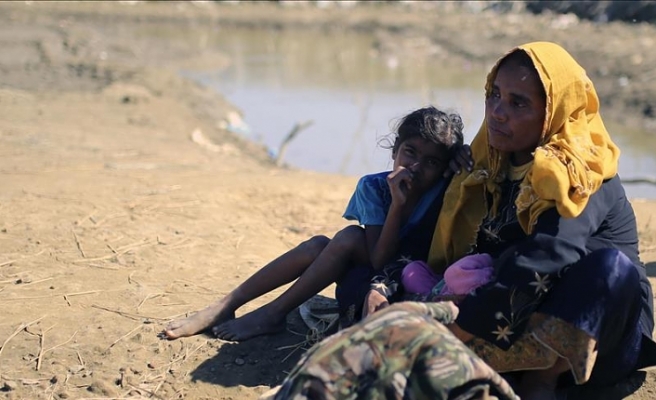 The UN Refugee Agency had regretted India’s decision to deport a second group of Rohingya.

“This is the second such incident since October 2018, when India returned seven Rohingya to Rakhine State in Myanmar, where conditions are not conducive for return,” it had said on Jan. 4.

Abul Khayer, in-charge of Ukhiya police station, told Anadolu Agency they received 48 Rohingya people, including women and children, last week and that they were transferred to refugee camp authorities in Cox’s Bazar.

Md Abul Kalam, head of Bangladesh's Refugee Relief and Repatriation Commission (RRRC), told Anadolu Agency that they have information of “fresh influx” of Rohingya, who have arrived from India.

He said the high-ups of the commission are in Cox’s Bazar to look into the fresh developments.

Bangla Tribune, a local media outlet, reported that at least 468 Rohingya have crossed Indian border to enter Bangladesh over the last 10 days.

According to Amnesty International, more than 750,000 Rohingya refugees, mostly women and children, have fled Myanmar and crossed into Bangladesh after Myanmar forces launched a crackdown on the minority Muslim community in August 2017.