﻿Iranian President Rouhani said US led-attacks in Syria are illegal. 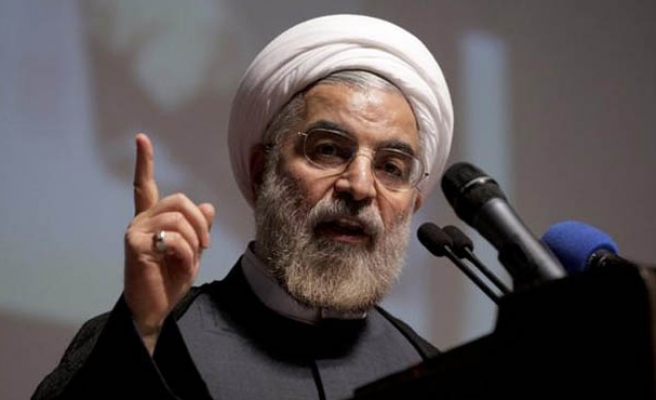 Iranian President Hassan Rouhani has criticized United States-led airstrikes against ISIL in Syria as being "illegal".

Hassan Rouhani's comments came on Tuesday a day after the U.S. and five Arab nations carried out 14 airstrikes against ISIL militants in Syria, using a combination of fighter and bomber aircraft and Tomahawk cruise missiles.

Rouhani, in an exclusive interview with NBC News, said the airstrikes were carried out without taking the permission of the UN and Syrian government and were completely "illegal".

Rouhani added that he had no plans to meet President Barrack Obama at the United Nations in New York.

Meanwhile, British Prime Minister David Cameron and Rouhani will meet at the United Nations in New York in two days' time - the first time the leaders of the two countries have met in 35 years.

The pair will discuss the ongoing situation in Iraq and Syria and Iran’s potential role in helping to tackle ISIL.

Under a new strategy unveiled by Obama earlier this month, the US plans to lead an international coalition against the militant group throughout Iraq and Syria.

Hezbollah chief Hassan Nasrallah has rejected a U.S.-led alliance to fight the ISIL.

"We are against an international alliance whether it targets the Syrian regime, ISIL or others," Nasrallah said in a televised speech on Tuesday.

He said that his Shiite group opposes Lebanon "to be part of this alliance".

Nasrallah accused the United States of being the "source of terrorism in the world".

"America is the mother of terrorism and the origin of terrorism," he said, going on to say that the U.S. was not ethically qualified to lead a "war on terrorism".

Nasrallah called on the member-states of the anti-ISIL alliance "to stop funding and training terrorist groups, to arm the Lebanese army and solve the problem of the Syrian refugees".

Hezbollah has been fighting alongside the Syrian regime of Bashar al-Assad and against the opposition in the Arab country since 2011.