Rouhani referred to the bomb attacks in Iraq and Syria killing innocent people, and said that the crisis in Syria would threaten the whole region if it continued. 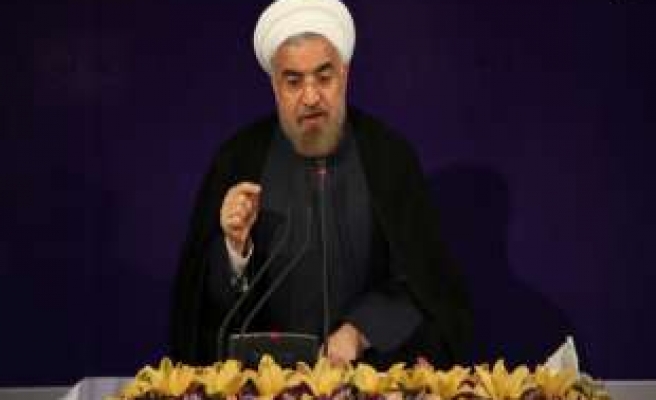 Iranian President Hassan Rouhani said that foreign intervention was the underlying cause of most regional problems.

Rouhani welcomed the speaker of Iraqi Parliament Osama Al-Nujaifi on Tuesday, who visited Iran upon the invitation of Ali Larijani, chairman of the Parliament of Iran.

However, people of different religions and sects have lived together in this region in a friendly atmosphere for years. The enemies make new harsh and radical interpretations of Islam with an aim to bring Sunnis and Shiites against each other."

Stating that creating fitna (incitement) and engaging in divisive behavior was a violation of the Quran, Rouhani said: “The activities of Al-Qaeda in the name of Islam have nothing to do with what Islam stands for. The only way to resist the conspiracies plotted in the region is to stand united and cooperate."

Rouhani also referred to the bomb attacks in Iraq and Syria killing innocent people, and said that the crisis in Syria would threaten the whole region if it continued. Warning against the consequences of a military intervention, Rouhani stated that efforts needed to be continued in order to prevent a war.

Thanking Rouhani for Iran's contribution to regional peace, Al-Nujaifi expressed his wishes for maintaining the friendly relations between the two countries.