Rouhani said he would use his visit to theUnited Nations this week to present the "true face of Iran". 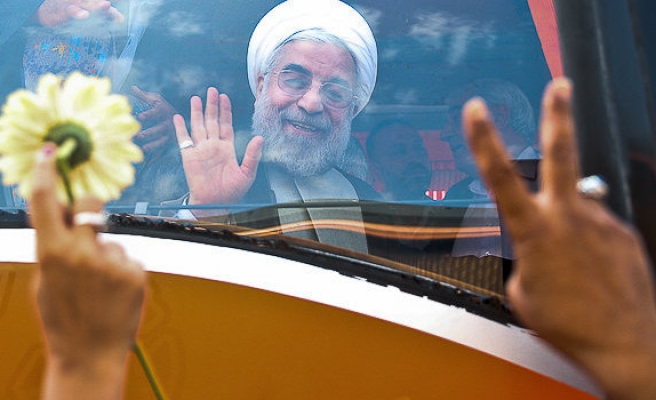 President Hassan Rouhani said on Monday he would use his visit to theUnited Nations this week to present the "true face of Iran" and to pursue talks and cooperation with the West to end Iran's nuclear dispute.

A moderate conservative elected in June, Rouhani was speaking shortly before a five-day trip Western powers hope will shed light on a nuclear programme they fear could yield nuclear arms. Iran has said it is pursuing peaceful ends, but recent, sometimes rancorous talks have served only to deepen suspicion.

"Unfortunately in recent years the face of Iran, a great and civilised nation, has been presented in another way," Rouhani said, according to comments published on his official website. "I and my colleagues will take the opportunity to present the true face of Iran as a cultured and peace-loving country,"

Rouhani did not make clear who he blames for any distortion of Iran's image. But the comments suggest he is intent on distancing himself from the controversial, outspoken approach to the West adopted by predecessor Mahmoud Ahmadinejad.

"On this trip, I will try to deliver the voice of the oppressed people of Iran to the world and we should say that sanctions are an illegal and unacceptable path," he told journalists before leaving, his official website reported.

"The West should opt for the path of talks and cooperation and consider mutual interests," he said.

Rouhani has vowed to improve Iran's ailing economy, which has suffered deeply as a result of the embargoes.

Last week Rouhani's tone was endorsed by Iran's most powerful figure, Ayatollah Ali Khamenei, who spoke of "heroic flexibility", suggesting a new willingness to engage in diplomacy with Iran's adversaries.

U.S. officials have left open the possibility that U.S. President Barack Obama and Rouhani could meet on the sidelines of the U.N. meeting, and a U.S. official has privately acknowledged the administration's desire to engineer a handshake between the two leaders.

An unnamed source close to Iran's negotiators was quoting by the state news agency, IRNA, as saying that the talks between the two parties have been "completely transformed" by the election of Rouhani.

"This is a new game and it will have new rules and the aim is to reach common points of agreement between both sides," the source was quoted as saying.

On Sunday, former president, Akbar Hashemi Rafsanjani, who is close to Rouhani, appeared to back Iran's attempts to improve relations with the United States.