Iranian President who had cancelled his visit to Italy and France after the Paris attacks, will visit the two countries next week. 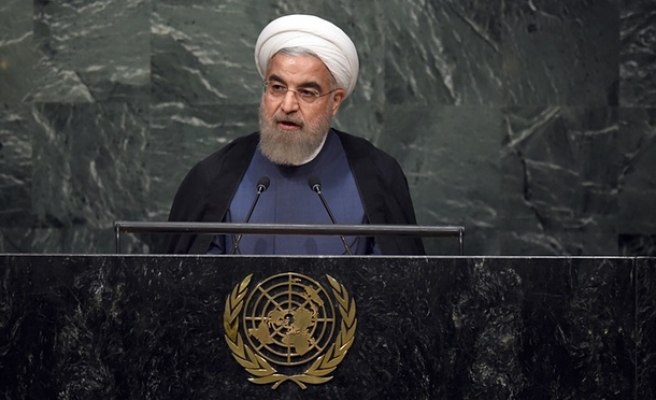 Iran's President Hassan Rouhani is to visit Italy and France next week to boost economic ties, in his first European tour since a nuclear deal saw sanctions lifted against the Islamic republic.

The visit had been planned for last November but was cancelled after the deadly jihadist attacks in Paris.

The Monday-Wednesday tour takes place a week after Tehran's deal with world powers came into force, allowing the United States and the European Union to lift economic sanctions in exchange for Tehran curbing its nuclear activities.

Iran will seek to restore its economic relations with Rome and Paris, which were among Tehran's main economic partners before the tightening of international sanctions in January 2012.

Rouhani, heading a high-powered political and business delegation, is on Monday to meet Italian President Sergio Mattarella and Prime Minister Matteo Renzi, before speaking at an economic forum.

The moderate cleric is also to meet Pope Francis at the Vatican, in the first official visit of an Iranian president there since reformist leader Mohammad Khatami in 1999.

But now sanctions have been lifted, Italian businessmen are eager to renew ties.

After Italy, Rouhani will travel to France to meet French President Francois Hollande.

In Iran's booming automobile sector, French carmakers Renault and Peugeot hope to regain some of their pre-sanctions 30% share of the market.

But they face competition from German, South Korean, Chinese and Japanese manufacturers.

Iran manufactures more than 1.1 million vehicles a year but hopes to increase production to 1.6 million in 2016 and 3 million in the future, in collaboration with European and Asian carmakers.

"We will discuss Peugeot during the visit," the Iranian foreign ministry said.

The rate of car ownership in Iran is just 100 per 1,000 people -- six times less than in Europe -- and consumers have had limited access to new vehicles under Western sanctions.

Discussions are also underway to purchase French Airbus planes to modernise Iran's ageing civilian fleet, which has suffered over 36 years of US sanctions.

Hollande has said Tehran's return to the international scene was "now possible", describing Iran as "this great country".

He has also called for a "de-escalation" of tensions between Iran and regional rival Saudi Arabia, which severed diplomatic ties this month after Riyadh executed a Saudi Shiite cleric and protesters ransacked the Saudi embassy in Tehran.

Saudi Arabia and Iran stand on opposing sides of several regional conflicts, including in Yemen and Syria.

France -- like the United States -- has finally accepted that Iran, Syria's main regional ally, should be involved in peace talks to end nearly five years of civil war in Syria.

In November, Iran took part in talks in Vienna aimed at ending the conflict.

"Trust can be built," a French diplomat said.

"Relations have become more relaxed on the nuclear issue, but not on others. For the moment, Iran hasn't changed its line on regional issues."

But Rouhani's visit could "turn a new page", he said.