'Together, Russia and the Assad regime are deliberately weaponizing migration in an attempt to overwhelm European structures and break European resolve,' a NATO commander says 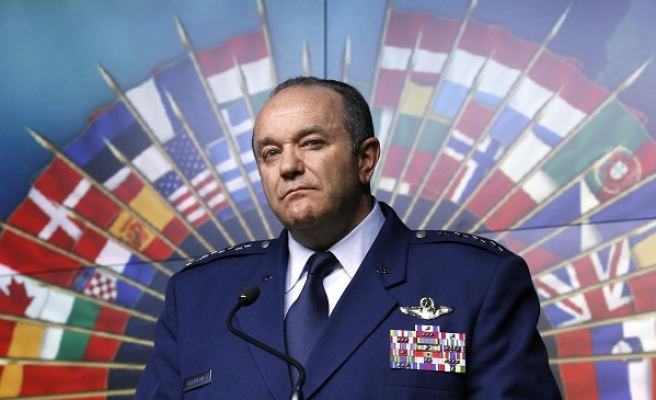 The supreme allied commander in Europe for the 28-member military alliance said the massive flow of refugees from war-torn Syria has had a destabilizing effect on European countries where they found refuge, and that worked to Moscow's advantage.

"Together, Russia and the Assad regime are deliberately weaponizing migration in an attempt to overwhelm European structures and break European resolve," Breedlove told the Senate Armed Services Committee.

Speaking of Russia's six-month air campaign in support of Assad, and the Syrian leader's use of barrel bombs in civilian areas, Breedlove said Moscow and Damascus are deliberately fueling the mass displacement of Syrians.

Breedlove, who also heads the U.S. military's European Command, suggested this creates a distraction for Western powers as they grapple with the crisis and are forced to take their eye off its root cause.

"These indiscriminate weapons used by both Bashar al-Assad, and the non-precision use of weapons by the Russian forces, I can't find any other reason for them other than to cause refugees to be on the move and make them someone else's problem," Breedlove said.

Further complicating the refugee crisis, he added, is that increasing numbers of foreigners who have fought in Syria are heading home again, bringing battlefield skills and sometimes extremist ideologies.

"What we have seen growing in the past months and year is that in that flow of refugees we see criminality, terrorism and foreign fighters," he said.

Breedlove was in Washington partly to drum up support for a proposed sharp increase in money available to U.S. forces in Europe.

The four-star general also accused Russia of posing a growing threat to the United States itself.

"Russia has chosen to be an adversary and poses a long-term existential threat to the United States and to our European allies and partners," Breedlove said.

"Russia is eager to exert unquestioned influence over its neighboring states in its buffer zone... so has used military force to violate the sovereignty and territorial integrity of Ukraine, Georgia and others, like Moldova."

He said in the last week, the U.S. ambassador in Ukraine had gotten reports of 450 attacks along the frontlines in eastern Ukraine, where pro-Russian rebels oppose Kyiv's pro-Western leadership.

"The report from the ambassador is there are several disturbing trends in those attacks and that is that some of them are now happening in places that were heretofore quiet," Breedlove said.

More than 9,000 people have died during the Ukrainian government's 22-month war against pro-Russian insurgents in the former Soviet state's industrial east.

In a briefing with Pentagon reporters, Breedlove blasted Russia for its "irresponsible" attitude to nuclear weapons.

"I see (Russia) as a real threat and I would just point to the fact that this is a nation that holds thousands of nuclear weapons and they talk all the time about using those nuclear weapons," he said.