Britain, France & Spain drafted measure that would condemn use of barrel bombs, threaten sanctions against Damascus regime which is accused of dropping crude explosives on civilian targets 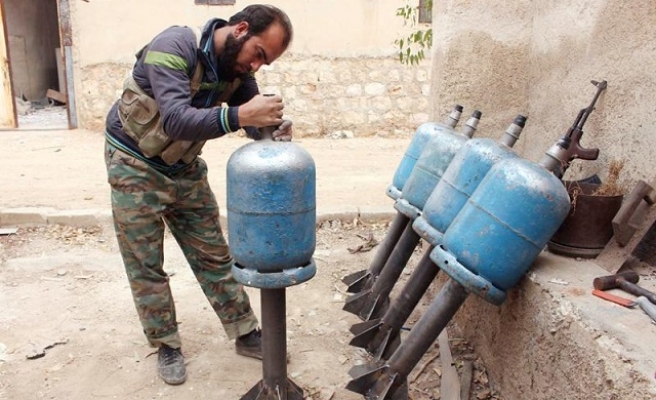 Britain, France and Spain have drafted a measure that would condemn the use of barrel bombs and threaten sanctions against the Damascus regime which is accused of dropping the crude explosives on civilian targets.

"We should not jeopardize efforts that are being undertaken," he told reporters.

Russian Foreign Minister Sergei Lavrov is due to join his counterparts from the United States, Saudi Arabia, Turkey and, for the first time Iran, for talks in Vienna on Friday on ending the four-year war.

Egypt, Lebanon and the European Union have also confirmed they will attend Friday's talks, which comes as Russia's air campaign in Syria enters its second month.

France had hoped to circulate the draft resolution in the coming days, despite doubts that Russia, a veto-wielding Security Council member and Syria's ally, would endorse the measure.

Under discussion for months, the draft text would demand that Syrian authorities immediately cease the use of barrel bombs and threaten further measures against those who violate the measure.

The draft resolution is being drafted under chapter 7 of the UN charter, which authorizes the use of force or sanctions.

Human rights groups say barrel bombings by the regime are the number one killer in the four-year war, claiming more civilian lives than IS attacks.

Syrian leader Bashar al-Assad has denied using barrel bombs, but the West charges that the explosives are dropped from helicopters. Only the regime has helicopters.

More than 250,000 people have died in the conflict, and nearly 12 million people -- half of the country's population -- have been driven from their homes.