Russia, the world's second-largest arms exporter, has sought to boost its military ties with Egypt after relations between Cairo and its long-standing ally Washington soured. 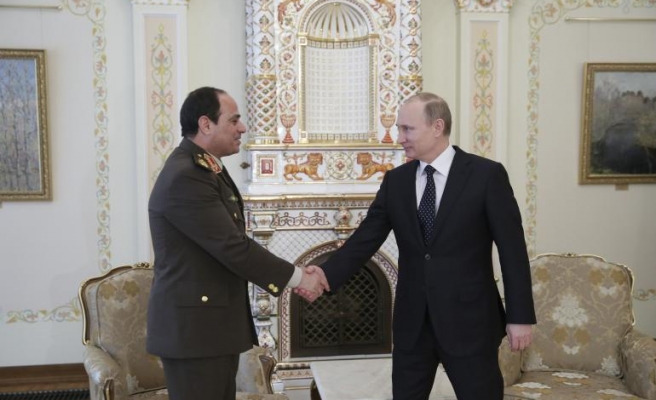 Russia and Egypt have reached a preliminary deal for Cairo to buy arms worth $3.5 billion from Moscow, Interfax news agency quoted the head of a Russian state arms agency as saying on Wednesday.

Speaking during an arms trade exhibition in South Africa, the head of the Federal Service for Military-Technical Cooperation, Alexander Fomin, did not give further details.

Russia, the world's second-largest arms exporter, has sought to boost its military ties with Egypt after relations between Cairo and its long-standing ally Washington soured, causing some defence cooperation between the two countries to be frozen.

The head of Rosoboronexport, a state body that deals with arms exports, said the value of the agency's order book was high in spite of Western sanctions against Moscow over Ukraine.

"Today our orders portfolio stands at $38.7 billion. This is one of the strongest figures Rosoboronexport has had in recent years," Anatoly Isaykin told a news conference at the same arms expo, according to Interfax.

The United States and European Union have targeted Russia's arms industry as part of sanctions against Moscow for what they call its role in fanning separatist unrest in Ukraine.

They accuse Russia of sending weapons and fighters to reinforce rebels battling Ukrainian government troops -- a charge Moscow has rejected.