Russia has 'losing strategy' in Syria: US defence chief

Ashton Carter says by carrying out bombing in Syria, Russia had only worsened the four-year conflict 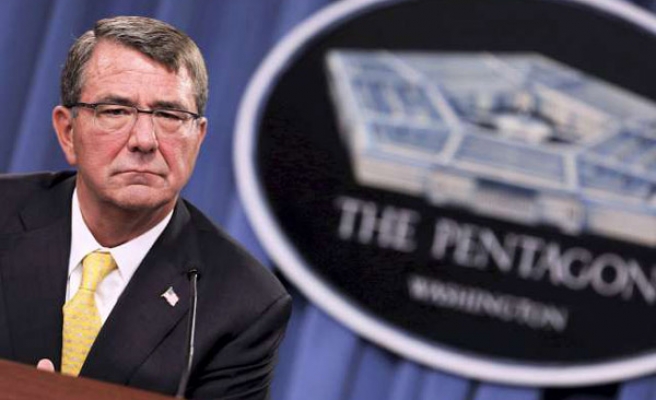 US Defence Secretary Ashton Carter said Monday that Russia is pursuing a "losing strategy" in Syria and that it must live up to its commitments in Ukraine.

Speaking in Madrid at the start of a five-day trip to Europe, Carter told Spanish military officials that by carrying out bombing in Syria, Russia had only worsened the four-year conflict.

Russia last week started air strikes in Syria, claiming it was hitting ISIL fighters. But the Pentagon says Russian jets have targeted other rebel groups in order to support the regime of President Bashar al-Assad.

"Russia has escalated the civil war, putting further at risk the very political resolution and preservation of Syria's structure of future governance it says that it wants," Carter said.

"It remains my hope that Vladimir Putin will see that tethering Russia to a sinking ship is a losing strategy, and will decide to confront the threat presented by (ISIL) instead of continuing its unilateral airstrikes against Assad’s opposition."

Carter's trip is aimed at acknowledging allies in the 60-plus member US-led coalition that is carrying out daily drone and plane strikes against ISIL in Iraq and Syria.

Turkey on Monday said its F-16 jets had at the weekend intercepted a Russian fighter plane which violated Turkish air space near the Syrian border, forcing the aircraft to turn back.

It demanded that "any such violation not be repeated", otherwise Russia "will be responsible for any undesired incident that may occur."

Europe is struggling to deal with the refugee crisis sparked by the Syrian conflict, which has uprooted millions of people.