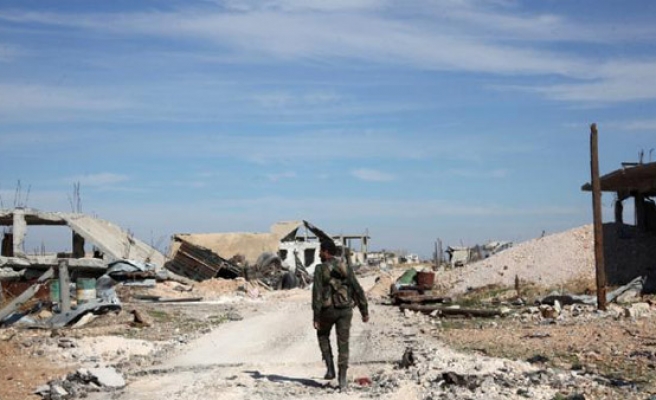 Syria needs rebuilding, but Russia or Iran alone do not have the power to reconstruct the war-torn country, according to the head of a Turkey-based nongovernmental organization Saturday.

Center for Iranian Studies in Ankara (IRAM) Chairman Prof. Ahmet Uysal said: "Syria needs rebuilding; it has been damaged several times. But Russia or Iran alone do not have the power to reconstruct Syria."

"For the reconstruction of Syria, regional, Gulf and other Muslim countries' contribution is also needed -- not only financially, but also politically, socially and culturally."

Uysal made the remarks in capital Ankara during a joint panel titled "Iran-Russia relations and its reflections on Syria" with Qatar-based Harmoon Center for Contemporary Studies.

The IRAM chairman said there were about three instances when the Bashar al-Assad regime was said to be falling.

"During the first instance, Hezbollah came running to help from Lebanon; in the second, Iran came and when even Iran was inadequate, Russia came," Uysal said.

He said Russia knows that even if a region gets annexed militarily, it is not possible to be present there permanently unless a correct and just system is founded.

"Russia also knows that if there will be a permanent solution it should satisfy the society; therefore it needs Turkey there," Uysal said.

On the other hand, Turkey began cooperating with Russia in the Astana process when it saw the dangers of fragmentation in Syria, he added.

Uysal said Iran was reluctant to the Astana process in the beginning; however, with the new power balance, including Donald Trump's election and developments in Gulf countries, Iran began seeing the light in the Astana process and solution in Syria.

A December cease-fire in Syria brokered by the guarantor countries -- Russia, Turkey, and Iran -- led to the Astana talks, held in the Kazakh capital parallel to UN-backed discussions in Geneva, to find a political solution to the six-year conflict.

Harmoon Center’s Dr. Abdullah Turkmani said: "Russia acts quite reluctantly regarding Iran's role in the region. Russia does not want Iran to have more influence."

"Russia wants to build relations with the U.S. and the West. To realize this, Russia wants to use its Iran card powerfully. It sees Iran as an important card to make pressure on the West," Turkmani added.