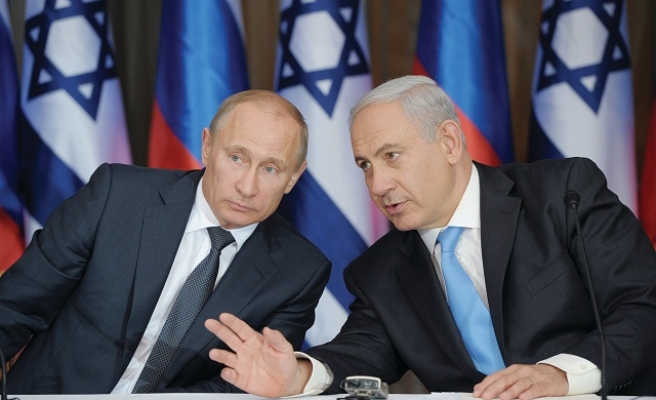 Russia's defence ministry said Thursday that its forces in Syria had set up a "hotline" with Israel's military to avoid clashes in the sky over the war-torn country.

An "information-sharing" mechanism "has been established through a hotline between the Russian aviation command centre at the Hmeimim air base (in Syria) and a command post of the Israeli air force," the ministry said in a statement, adding that the two sides were undergoing training on how to cooperate.

Russia and Israel have been working to find a way to avoid unintended collisions between their aircraft over Syria since President Vladimir Putin and Prime Minister Benjamin Netanyahu agreed to set up a "mechanism" at talks in Moscow last month.

Russia launched a bombing campaign in Syria on September 30 at the request of its long-standing ally Bashar al-Assad that Moscow says is targeting ISIL and other "terrorist" groups.

Israel has reportedly launched air strikes in Syria against Iranian arms transfers to Hezbollah and Israeli officials are believed to fear that Russia's intervention could limit their room for maneuvre.

The United States and its allies involved in a coalition bombing ISIL have sharply criticised Russia's air campaign and say that the majority of its strikes have hit more moderate rebel groups fighting Assad.

Moscow has blasted the accusations and says Washington has rebuffed calls to cooperate more closely.

The two sides have, however, held three rounds of talks aimed at establishing protocols to avoid any accidental collision but progress has been slow and no final details have been agreed.

Israel -- which is not a part of the US-led coalition -- opposes Assad, but has sought to avoid being dragged into the war.

It also fears that Iran could increase its support for Hezbollah and other militant groups as international sanctions are gradually lifted under a July nuclear deal that Moscow helped negotiate between Tehran and world powers.