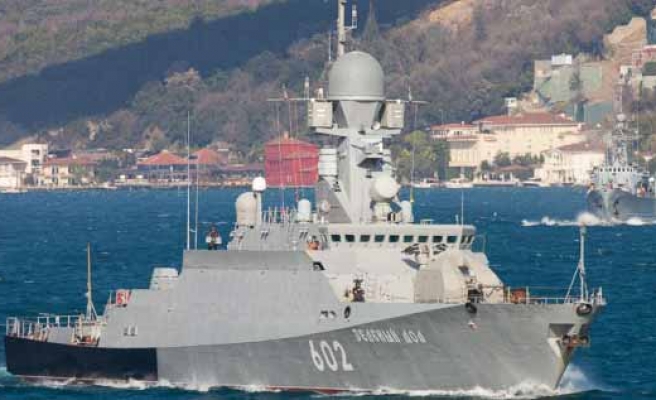 Russian media have reported that a Russian  Buyan-class corvette currently in the Mediterranean Sea on Tuesday launched Kalibr cruise missiles at targets in Syria.

The Russian cruise missiles 3M14 complex “Kalibr” hits  the positions of militants groups “Dzhabhat en-Nusra” and its allies in the “Army of Conquest” in the village of Al-Mansoura, near Al-Gaab (northwestern Syrian province of Hama).

The Kalibr cruise missile has a range of roughly 1,000 miles or more and small enough to be carried by submarines and small warships, the weapon is changing the calculus of the reach and effectiveness of smaller naval combatants.