Russia must not hit 'wrong targets' in Syria

French PM says Russia should not 'get the wrong targets', echoing the words of French President to Russian counterpart Putin at Paris summit 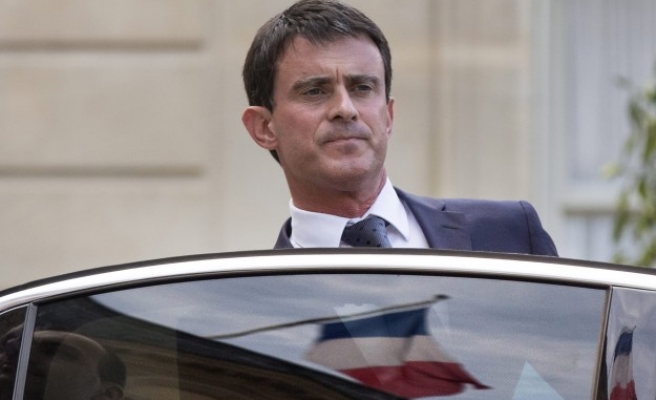 Speaking to journalists on a visit to Japan, Valls said Russia should not "get the wrong targets", echoing the words of French President Francois Hollande to Russian President Vladimir Putin at a Paris summit on Friday.

Hollande said he had "reminded President Putin that the strikes should be aimed at ISIL and only ISIL."

Valls also called on Russia to spare civilian lives, hitting out at President Bashar al-Assad's sanctioning of the use of destructive weapons against his own population.

"We cannot attack civilians... Bashar's regime continues to drop barrels of petrol (barrel bombs) and chemical weapons on civilians and that is intolerable," Valls said, going on to state his preference for a political transition in Syria that would exclude Assad.

Moscow carried out air strikes this week against what it said were ISIL fighters, but Western governments believe Russia is using its campaign against "terrorists" as a pretext to weaken opponents of its strongman ally Assad.

US President Barack Obama called Moscow's actions a "recipe for disaster" on Friday.

The Russian defence ministry said the latest strikes had completely destroyed an ISIL facility used to produce explosive devices near the city of Maaret al-Numan in Idlib province in northwestern Syria, as well as a nearby base.

But several military sources and the Syrian Observatory for Human Rights monitoring group said Russia had hit areas controlled by groups other than ISIL.

Just five percent of the Russian strikes hit ISIL targets, according to the British defence ministry.

Syria was among the topics of discussion during a Friday dinner held by Japanese Prime Minister Shinzo Abe for Valls in Kyoto.

Valls is attending a science conference in Kyoto Sunday, and heads to Tokyo in the afternoon.