Lavrov said the U.S. ambassador to the United Nations, Susan Rice, had cited the July 18 bomb attack in Damascus as evidence that the Security Council should not delay further in adopting a Chapter 7 resolution. 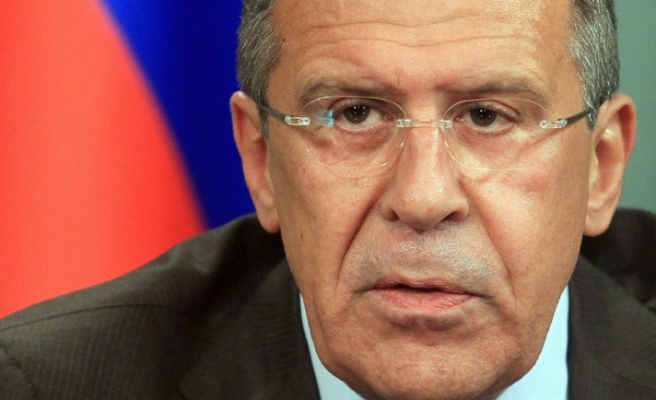 Russia accused the United States on Wednesday of trying to justify "terrorism" against the Syrian government and berated Western nations it said had failed to condemn a bomb attack that killed senior security officials.

Foreign Minister Sergei Lavrov, referring to what he said were comments by U.S. State Department spokeswoman Victoria Nuland indicating such attacks were not surprising, said: "This is a direct justification of terrorism."

"To put it mildly, we don't understand the refusal of our partners to condemn the terrorist attack in Damascus," he said.

He suggested Washington was using the threat of further attacks to push the U.N. Security Council to place international mediator Kofi Annan's peace plan under Chapter 7 of the U.N. Charter.

Chapter 7 allows the council to authorize actions ranging from diplomatic and economic sanctions to military intervention, although U.S. officials have said they would prefer the former course of action.

Lavrov said the U.S. ambassador to the United Nations, Susan Rice, had cited the July 18 bomb attack in Damascus as evidence that the Security Council should not delay further in adopting a Chapter 7 resolution.

"In other words this means 'We will continue to support such terrorist attacks until the Security Council does what we want,'" Lavrov told a news conference after talks with Greek Cypriot Foreign Minister Erato Kozakou-Marcoullis.

"This is a terrible position."

Lavrov criticised Western sanctions on Syria and defended Russia's veto last week of a U.N. Security Council resolution that would have threatened the Syrian authorities with sanctions if they did not halt violence.

He also reiterated Moscow's stance that Assad's departure from power could not be a precondition to a political dialogue aimed at ending the 16-month-old conflict and that Syrians themselves must decide the country's future.