Russia sees chance of deal at nuclear talks with Iran

Deputy Foreign Minister Sergei Ryabkov told reporters six world powers and Iran had never been so close to an agreement and it could be reached by a Nov. 24 deadline. 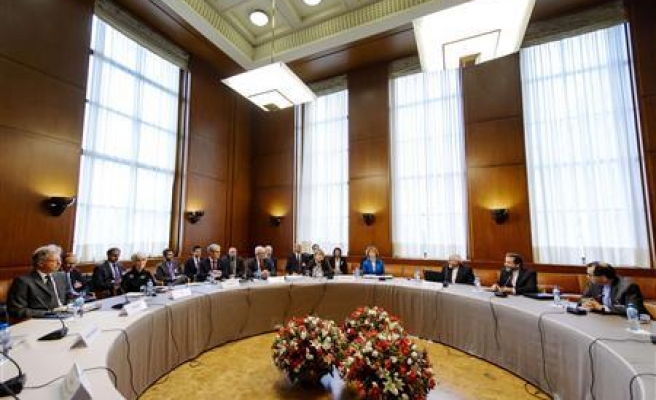 A deal could be reached this month between world powers and Iran on curbing the country's nuclear programme if there is the will in Washington and Tehran, a senior Russian diplomat said on Saturday.

In Australia for a meeting of the G20 major and developing economies, Deputy Foreign Minister Sergei Ryabkov told reporters six world powers and Iran had never been so close to an agreement and it could be reached by a Nov. 24 deadline.

"But there is no guarantee that these decisions will be taken in those capitals where there are the biggest problems with current solutions, I mean, Washington and Tehran."

The six powers -- Russia, China, the United States, France, Britain and Germany -- want to ensure Iran's nuclear programme does not enable it to build nuclear weapons, though Iran says its nuclear work is for civil needs.

Ryabkov said Moscow would continue to cooperate with Washington on Iran and Syria despite a rift in ties hours after U.S. President Barack Obama said Moscow's actions in Ukraine were a threat to the world.

"Talks on Iran and Syria are not a tribute to fashion or momentary interests and even less so are an intention to 'please' the United States," he said.

"This cooperation meets our interest and helps to normalise the global situation, and we will keep on doing it. If it had been for other reasons, we would have folded this activity long ago."

Some officials, including from Russia, have expressed doubts a deal can be reached in the timeframe.

Ryabkov also said that after President Vladimir Putin and Obama spoke in China on the sidelines of a summit, there had been no new impulse for "the normalisation" of bilateral relations.

Ties between Moscow and Washington have plunged to lows unseen since the Cold War over Ukraine, where Russia annexed Crimea in March and is accused by the West of sending arms and soldiers to support a separatist rebellion in its east.

Moscow denies the charges and has criticised the United States for imposing sanctions on Russia over Ukraine.

"Responsibility for the stagnation in our relationship is entirely on the U.S. side," Ryabkov said.

"The relations with the United States are in a bad condition and it will take a very long time to normalise and stabilise them," he said. "But effort is needed on both sides."