'Su-34 planes carried out strikes on an ISIL training camp and on a camouflaged command post southwest of the town of Raqa,' Russian defense ministry says 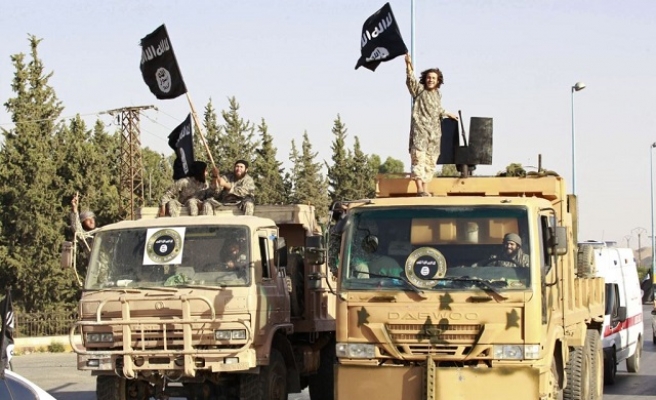 Russia said Friday it had bombed the ISIL stronghold of Raqa in Syria as President Vladimir Putin faced Western leaders for the first time since starting the bombing campaign, amid mounting criticism of the strikes.

Russia's defence ministry said it carried out air strikes Thursday on "an ISIL training camp... and on a camouflaged command post... southwest of the town of Raqa".

"As a result of the strikes, the ISIL command point was put out of action. The infrastructure used to train terrorists was completely destroyed," Moscow said.

The attack on the ISIL could be used by Putin, who arrived in Paris for talks with the leaders of France and Germany, to counter growing Western scepticism of what exactly Russia is targeting in Syria.

Russia insists it is bombing ISIL fighters and other groups, but the U.S. and Western nations believe it is trying to shore up its long-time ally, Syrian President Bashar al-Assad.

"These military actions constitute a further escalation and will only fuel more extremism and radicalisation," seven countries including Turkey, Saudi Arabia and the United States said in a statement published on the website of the Turkish foreign ministry.

"We call on the Russian Federation to immediately cease its attacks on the Syrian opposition and civilians," added the statement.