Russian air strikes 'have allowed regime troops to advance, and they are now four kilometres south and west of Palmyra' 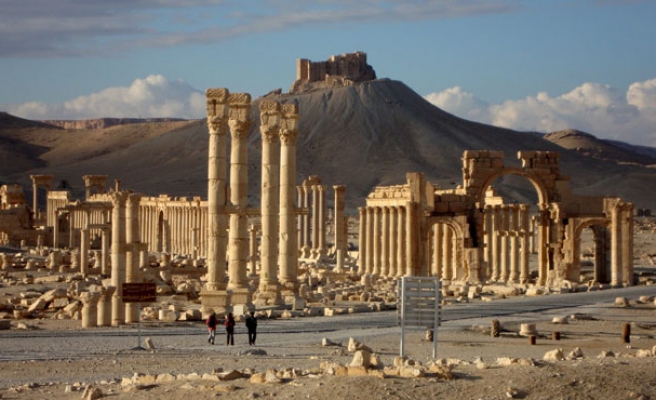 "These strikes have allowed regime troops to advance, and they are now four kilometres (2.5 miles) south and west of Palmyra," he said.

The strikes came a day after Russian President Vladimir Putin ordered the pullout of the "main part" of his forces from the war-torn country.

A security source in Syria confirmed the monitor's report.

"The Syrian army, backed by Russian warplane and helicopter strikes, have taken control of a hilltop to the west of Palmyra after a fierce battle against ISIL, which still holds the city," he said.

Should the regime retake Palmyra, "it would be an important victory because it would open the way towards the Iraqi border", he added.

ISIL seized Palmyra, a UNESCO World Heritage Site in eastern Syria known as the "Pearl of the Desert", last May, sending shockwaves across the world.

In September, satellite images confirmed that the Temple of Bel, the main one at Palmyra, had been targeted by ISIL as part of a campaign to destroy pre-Islamic monuments, tombs and statues it considers idolatrous.

UN experts said the main building of the temple plus a row of columns had been destroyed.