Russia, US to cooperate on fighting ISIL

In a surprise move at the UN General Assembly on Monday, the Russian president called for a broad UN-backed coalition to fight ISIL 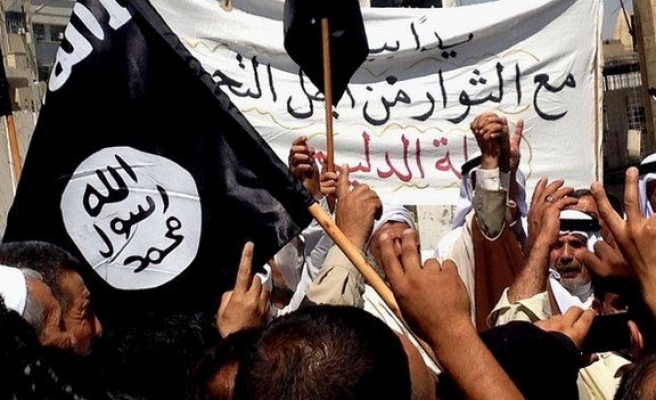 Russia and the United States intend to seek joint ways of fighting the ISIL group, Moscow said Tuesday, in a major coup for Vladimir Putin as he tries to shake off Western isolation.

In a surprise move at the UN General Assembly on Monday, the Russian president called for a broad UN-backed coalition to fight ISIL.

Ostracised by the West over Moscow's annexation of Crimea and support for a separatist insurgency in east Ukraine, Putin also held key talks with US President Barack Obama, their first formal bilateral in two years.

Predictably, Putin and Obama failed to resolve their dispute over the future role of Bashar al-Assad, with the US leader branding him a child-killing tyrant and the Kremlin chief saying the world should support him in his battle against ISIL.

Putin however said the two countries had agreed to cooperate on fighting ISIL fundamentalists in what many commentators say further highlights the failure of Western efforts to isolate Moscow over its Ukraine policies.

And he said he had not ruled out air strikes on the ISIL.

"We have an understanding that it is necessary to ramp up our work at least at the bilateral level," Putin told reporters.

"We are now thinking about creating relevant mechanisms."

Russia's top diplomat Sergei Lavrov said the two men agreed their foreign and defence ministries would work together in order to identify "specific ways and means which could make our common goal more achievable."

And they agreed to follow up their meeting with talks to find a common position on the Syrian conflict, he said, telling the Kremlin-backed RT television channel it was "a very constructive discussion".

"They did not discuss coalitions in the classical sense of the word.

"What they did discuss was the possibilities for the United States and Russia to cooperate closely on the most burning issues of today, Syria first of all," he said.

Russia took the West by surprise by dispatching troops and fighter jets to Syria, sparking concern in Washington that Moscow might join the fighting alongside its Soviet-era ally.

"We all agreed that our common goal is to defeat ISILIL," Lavrov said, referring to the ISIL group.

"Both Russia and the United States are absolutely determined not to allow them to succeed."

Obama said Washington was ready to work with Russia and even Iran against the ISIL, but warned this must not mean keeping Assad in power in Damascus indefinitely.

"The United States is prepared to work with any nation, including Russia and Iran, to resolve the conflict," he said.

Rather than a bulwark against extremism, Obama argued, Assad drives Syrians into the arms of such groups by such acts as dropping "barrel bombs to massacre innocent children."

Some European powers are apparently softening their stance, with British Prime Minister David Cameron saying he was open to working with Russia to defeat ISIL militants but did not support backing Assad.

"One of the best ways to engage with Russia is to say, 'Look, long-term, it is this battle against extremist violence that should actually unite us'," Cameron told the Wall Street Journal.

Teaming up with Assad was a "self-defeating strategy," he said.

"Russia and Iran say they want to be part of a solution," he said. "So we must work with these countries to explain to them that the route to a solution does not go through Bashar al-Assad."

In his first speech to the world body in a decade, Putin warned it was an "enormous mistake" to not cooperate with Syria.

He urged UN General Assembly members to unite to fight the armed group and warned he was planning to step up support for Assad's forces.

And he said he had not ruled out air strikes.

"We must address the problems that we are all facing and create a broad anti-terror coalition," he said, proposing a Security Council resolution on a coalition to include Assad and Iran.

While many commentators said Putin's speech brought few surprises and some called his UN performance anemic, others noted that the Russian president sought to mend fences with the West -- on his own terms.

"Putin offered the West a new "Grand Bargain - a major deal and a way to forget about the current confrontation, " said political analyst Lilia Shevtsova.

A US official said both Putin and Obama agreed there should be a process of political transition in Syria but they "fundamentally disagreed" on the role of Assad.

The US and Russian presidents clinked glasses and made eye contact at lunch with UN Secretary-General Ban Ki-moon after their addresses but the two barely smiled to each other.