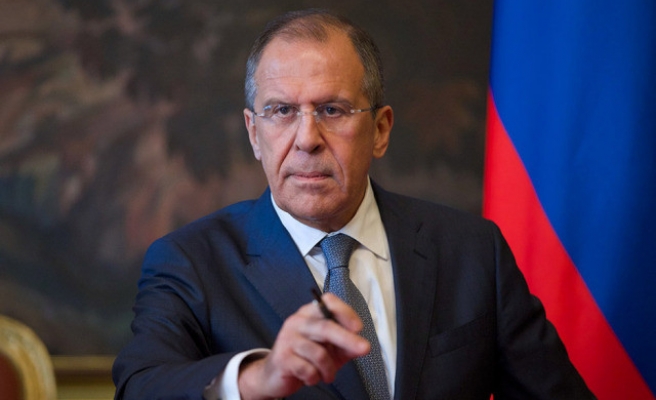 Russia said Wednesday it would press ahead with its bombing campaign in Syria until "terrorist organisations" such as the Islamic State group are defeated amid the latest international push to end the conflict.

"And I don't see why these air strikes should stop."

Lavrov also named as a condition for halting Russia's bombing campaign in Syria "shutting down smuggling across the Turkish-Syrian border."

Russia's intensive bombing in support of regime forces in Syria has threatened to derail high-profile peace negotiations that began in Switzerland this week.

The Syrian opposition's High Negotiations Committee has voiced outrage at an ongoing government offensive backed by Russian air power and called for a halt to air strikes against civilians, among other demands.

Lavrov slammed "capricious people" in the Syrian opposition delegation, saying they were "starting to put forward preconditions" that had not been previously agreed.

The opposition delegation's demands "have nothing to do with the main principles of the Geneva Communique, Vienna documents and a United Nations Security Council resolution," Lavrov said, referring to key documents in the Syrian peace process.

"I think that expecting preconditions in the form of ultimatums will help solve problems is a short-sighted and futile policy," Lavrov said, quoted by Interfax.

In a message apparently aimed at Western powers, Lavrov said he hoped "those with decisive influence" on the Syrian opposition would work to "ensure the start of the intra-Syrian dialogue without preconditions."