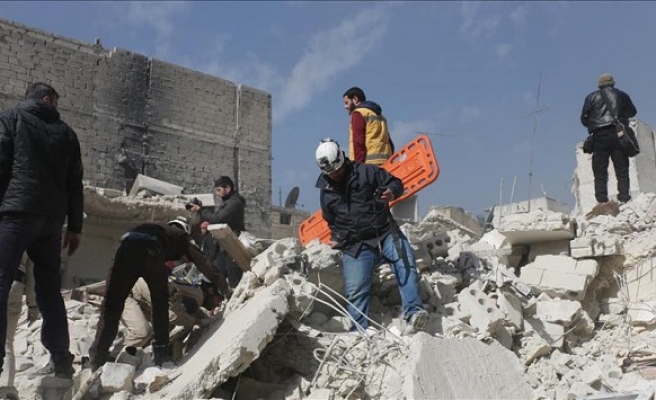 Ten people were killed on Monday in the city of Azaz in Syria’s northwestern Aleppo province by airstrikes carried out by Russian warplanes, according to local sources.

Abu Mohamed, a local Civil Defense officer in Azaz, said that Russian airstrikes had targeted different parts of the city, along with the road linking Azaz and the Esselame crossing on the border with Turkey.

"The attacks, which killed 10 people and injured dozens more, began this morning," he said.

He went on to note that many of the injured had been taken to hospitals in southeastern Turkey's nearby Kilis province.

According to the same source, Russian airstrikes had also hit a maternity hospital and a school in Azaz.