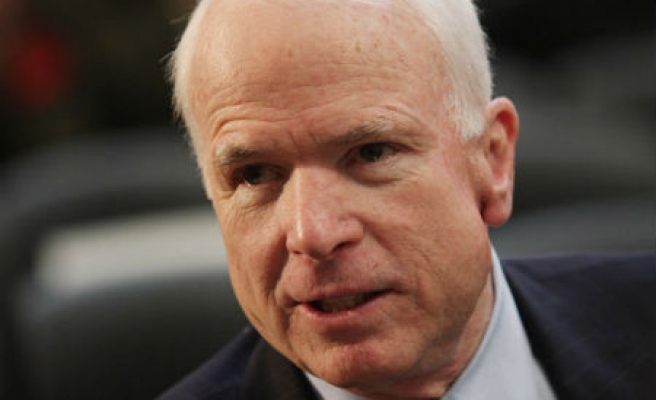 Russian warplanes conducted air strikes on CIA-backed groups in Syria, US Senator John McCain said Thursday, a claim which if true could mark an escalation in tensions between Moscow and Washington.

"Their initial strikes were against the individuals and the groups that have been funded and trained by our CIA," McCain told CNN, adding that the move showed Moscow's real priority: to "prop up" Syrian President Bashar al-Assad.

McCain said he could "absolutely confirm" that the strikes were against the Free Syrian Army or other groups that have been armed and trained by the Central Intelligence Agency.

McCain, who chairs the Senate Armed Services Committee, has long advocated a more forceful US position in the Middle East, particularly in countering Assad, and argues that the "failure of American leadership" under President Barack Obama has only emboldened his Russian counterpart Vladimir Putin.

Russia launched its first air attacks in war-torn Syria on Wednesday, striking opposition-held areas in the central provinces of Homs and Hama.

Russian Foreign Minister Sergei Lavrov said his country's military has only struck "terrorist groups," but France and the United States immediately expressed doubts that Moscow was targeting members or forces of the ISIL extremist group.

"First, they can say to the Russians we're going fly wherever we want to and you better stay the hell out of the way," McCain said.

"The second is we consider Syrian sanctions. Third, we develop a strategy pretty much outlined by General David Petraeus before the Senate Armed Services Committee a couple of weeks ago to turn the tide."