Russia has no current plans to establish base in Syria, senior general says 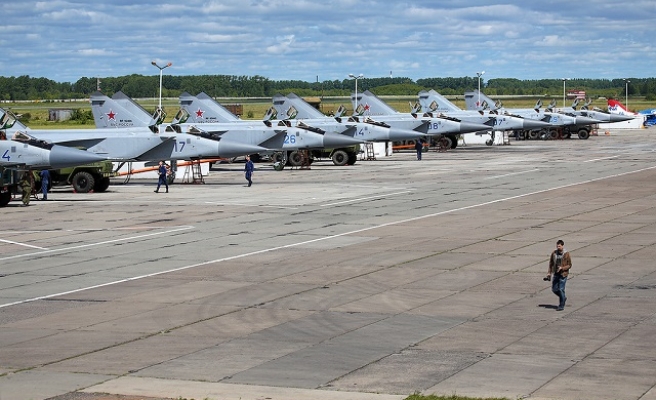 Russia’s military Wednesday denied U.S. claims it is building an air base in Syria.

“Right now, Russia has no plans to establish an air base in Syria,” Gen. Col. Nikolay Bogdanovskiy, first deputy chief of the general staff, told reporters in Moscow.

On Monday, the Pentagon claimed Russia, a long-standing ally of Syria, was constructing a "forward air operating base" near the city of Latakia, a stronghold of President Bashar al-Assad’s regime.

Asked if there were plans to build a base, Bognadovskiy replied: “Anything is possible.”

Russia has never denied its military support for Assad, claiming equipment had been sent as part of an anti-terrorist drive against ISIL.

However, a build-up of Russian military aid has led to fears that Russia could end up clashing with the U.S.-led anti-ISIL coalition in Syria and with ground forces supported by the coalition.

There are also concerns that reinforcing Assad’s military capabilities will make it more difficult to find a political solution to the war.

Russia has had a naval base on Syria’s coast at Tartus since the 1970s.