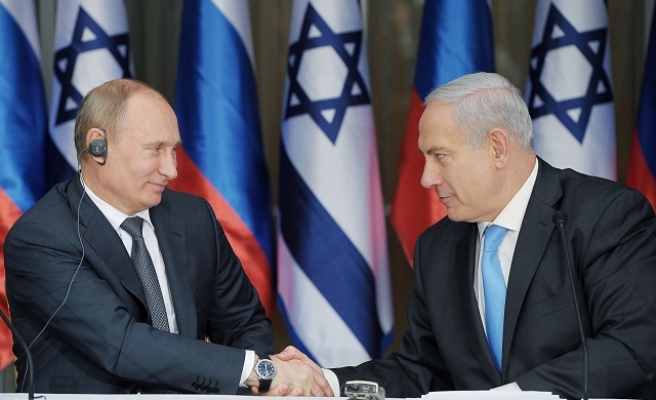 Russian military officials were to hold talks with their Israeli counterparts in Tel Aviv on Tuesday after the countries' leaders agreed to establish a mechanism to avoid accidental clashes in Syria.

The two agreed on a mechanism to avoid "misunderstandings" and clashes in Syrian airspace between the two militaries' jets.

Tuesday's talks were to include Russian Deputy Chief of Staff Nikolai Bogdanovsky and his Israeli counterpart Yair Golan.

Several purported strikes on Iranian arms transfers to Hezbollah through Syria have occurred in recent months that were not officially acknowledged by Israeli authorities.

Moscow informed Israel it was about to launch air strikes in Syria before its attacks last week, the first by Russian warplanes in the years-old conflict.

Russian warplanes have been flying over Syrian territory since Wednesday, conducting air strikes on what Moscow says are targets belonging to ISIL group fighters in the country's northern and central provinces.

The West has accused Moscow of using the raids as cover to hit moderate opponents of Russian ally Syrian President Bashar al-Assad.

Israel opposes Assad, but has sought to avoid being dragged into the war in neighbouring Syria.

It also fears that Iran could increase its support for Hezbollah and other militant groups as international sanctions are gradually lifted under a July nuclear deal that Moscow helped negotiate between Tehran and world powers.

Netanyahu has said he is determined to stop arms deliveries to Lebanon's Shiite Hezbollah movement and accused Syria's army and Iran of trying to create a "second front" against Israel.