Russian moves indicates its building air base in Syria 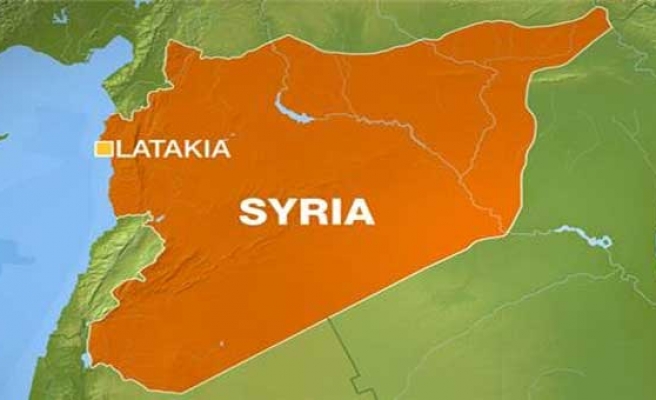 Recent military activity in Syria indicates the establishment of a Russian air base in the war torn country, a Pentagon spokesman said Monday.

"We have seen indications in recent days that Russia has moved people and things into the area around Latakia and the air base there that suggests that it intends to establish some sort of a forward air operating base," Navy Capt. Jeff Davis told reporters

Davis said the U.S. is closely monitoring the military build-up, noting that the flow of military assets from Russia continues.

He declined to give specifics but confirmed Russia has not yet deployed jets and helicopters to the base.

"We have said before that we would welcome Russian contributions to the overall global effort against ISIL, but that things that continue to support the Assad regime — particularly military things — are unhelpful and risk adding greater instability to an already unstable situation," Davis said.

President Barack Obama said last Friday that Russia’s efforts to support Assad, even if motivated by a desire to fight ISIL, is a mistake and is doomed to fail.

Debate about the issue is far from a consensus. But at least one former official believes Russia’s involvement is a matter of show, for now.

"I don't think that these Russian moves will likely prove to be game changing over the long period of time," said Frederick Hof, who once served as a diplomat in the Obama administration.

"The Assad regime has basically used up its legitimacy. I think what we are seeing as increasing number of people are leaving Syria to Western Europe, a lot of these people are actually coming from Assad areas," he told Anadolu Agency. "We are seeing an economic collapse, we are seeing what have left of the economy has fallen into the hands of criminals associated with the Assad regime."

He said Russia might be providing "some sort of surface services to the Assad regime", and the goal of Russian President Vladimir Putin may be to preserve Assad in power as long as possible.

"As long as Assad remains at power somewhere in Syria, even if it is in Latakia, ultimately his very presence serves as a continuing rebuke to the President of the United States and this is very, very important for Mr. Putin," he said.