Russian soldier kills himself in first loss of Syria campaign 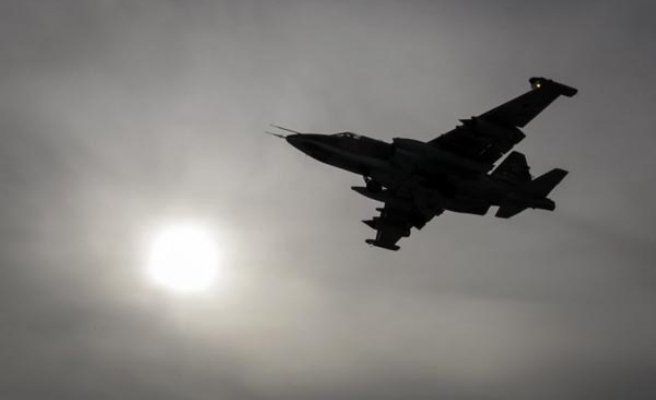 Russia's military on Tuesday said that a soldier had killed himself while on duty in Syria, the first confirmed death of a serviceman in the war-torn country since Moscow launched its bombing campaign last month.

The defence ministry in Moscow did not identify the soldier who it said committed suicide but said the serviceman appeared to have taken his life due to problems with his girlfriend.

The official announcement came after two people close to the family of a young soldier serving in Syria told AFP that he had died from unknown causes while on duty in the country, with one of the sources casting doubt on the idea that he might have killed himself.

AFP could not immediately verify if that serviceman, identified as 19-year-old Vadim Kostenko, a career soldier from the southern Krasnodar region, was the same as the one whose death was confirmed by the defence ministry.

The government's quick confirmation of a death of a serviceman is hugely unusual and comes as world attention is focussed on Russia's bombing campaign in its Soviet-era ally Syria.

"A contract soldier who served as a technical specialist at the Hmeimim airbase committed suicide while resting after his shift," a defence ministry spokesperson said in a statement carried by Russian news agencies.

Citing preliminary reports, the spokesperson said that text messages found on his phone suggested he took his own life because of relationship problems.

A person close to Kostenko's family, who spoke to AFP by phone from Krasnodar, said that the cause of his death was unclear and that he would be buried this week.

Grigory Donskikh, who served with Kostenko in Russia and knew him well, said the young soldier had gone to Syria of his own free will and he did not believe he had committed suicide.

"He is not someone who would take his own life," he told AFP, adding his body had not arrived home yet.

Deaths from mishandling of weapons, hazing and suicides are not uncommon in militaries worldwide, and have been a persistent issue in the Russian army.

But experts say that the Russian defence ministry may also cite a suicide to conceal the true reason of a soldier's death.

On September 30, Russia launched a bombing campaign in Syria, saying it needed to target ISIL militants before they cross into Russia.

Russian warplanes have carried out sorties from the Hmeimim airbase and Russian servicemen are based there to help service the aircraft, among other tasks.

Russia insists that its ground troops are not taking part in combat operations in Syria and there have been no official reports of any servicemen dying in combat in the war-torn country.

A member of the Kremlin's rights council, who advocates for the rights of soldiers and works with the defence ministry, told AFP earlier Tuesday that he was not aware of Kostenko's death.

But the rights activist, Sergei Krivenko, said that his defence ministry sources told him "about 10 days ago" that a Russian soldier had died "at the base" in Syria.

"It was either an illness or trauma," said Krivenko, the head of the Citizen and the Army rights group.

On Friday, The Wall Street Journal reported that one Russian soldier had "died in Syria due to careless handling of weaponry."

Russian officials have previously denied accusations from Kiev and the West that it sent regular troops to eastern Ukraine to prop up pro-Kremlin insurgents during an 18-month conflict.

The state enforced a virtual blackout on reports of Russian soldier deaths in Ukraine despite multiple reports to the contrary including funerals of soldiers.

Russia's entry into the convoluted, multi-front conflict in Syria is Moscow's first major military involvement outside the former Soviet Union since the ill-fated occupation of Afghanistan in 1979.