Russia has conducted its first airstrike in Syria, near the city of Homs 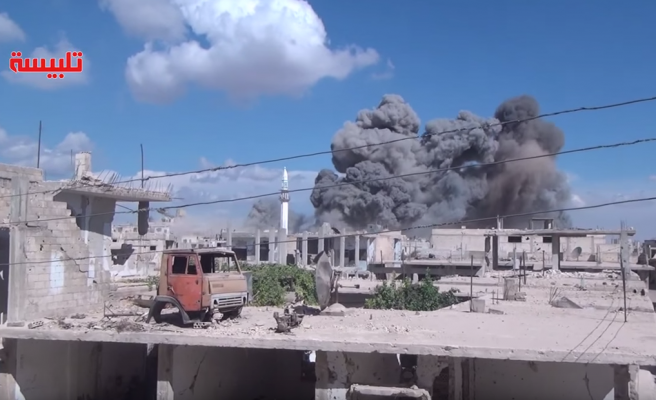 Russia on Wednesday carried out its first airstrike in Syria, near the city of Homs. The airstrikes were conducted in civilian settlement area, reportedly killing 65 people.

Speaking on condition of anonymity, the U.S. defense official said a Russian general working out of an intelligence center in Baghdad had walked over to the U.S. embassy and given a verbal communique of the impending strike.

"They gave us a heads-up they were going to start striking in Syria," the official said, noting that the Russians gave about one hour's advance warning. "It was in the vicinity of Homs."

The strike came shortly after Russian President Vladimir Putin won unanimous support from parliament to carry out strikes in Syria.

According to Bild journalist Julian Röpcke, working from the scene, 65 people, including several children, were killed in the airstrike, all of them civilians.

The defense official said he was not aware of the impact of the strike or who was targeted.

Pentagon officials have described Russia's buildup of military hardware in the Latakia region in northwestern Syria and said Russia is making a forward operating base there.

So far, at least 500 troops as well as 28 fighter jets and several bombers and artillery units have been deployed to the base, U.S. officials say.

The defense official said no action was necessary for coalition planes to avoid being in the same air space as Russian jets.

The Pentagon has repeatedly warned of the need for "deconfliction" to ensure coalition and Russian planes don't inadvertently cross paths.