Russia's new push for Syria dialogue unlikely to be fruitful

Moscow reiterated its readiness to host Syria peace talks but it is far from clear who would represent the opposition. 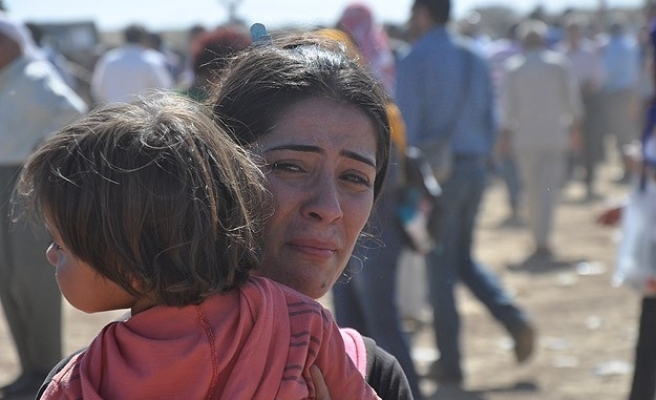 Moscow has long-supported Assad, including with arms supplies for Syria, but he has become a more important ally for Russia since the Arab Spring protests toppled leaders in the Middle East, some of whom had close ties with Moscow.

With its influence in the Middle East weakened and relationship with the West under increasing strain over the conflict in Ukraine, Moscow is trying to restart Syria talks that collapsed in Geneva in February.

Russia says the rise of ISIL militants, who control large swathes of land in Syria and Iraq, has made it urgent to unite all forces against them. But Western diplomats say Moscow is not offering any new solutions.

Moscow has invited Syrian Foreign Minister Walid al-Moualem to visit this week after a similar trip by a former Syrian opposition chief earlier this month.

"It is important that constructive Syrian opposition forces restart political dialogue with official (representatives of) Damascus in the face of dangerous challenges posed by international terrorism," Russia's Deputy Foreign Minister Mikhail Bogdanov said on Monday according to agency Interfax.

Russia says cooperating with Damascus is indispensable for fighting "terrorists" on the ground. The United States refused to cooperate with Assad in a campaign of U.S.-led strikes on ISIL and other groups that started in September.

A Western diplomat who tracks Syria said Moscow had not offered anything substantially new. Moscow had only recently repeated a proposal that Assad stay in power for two years with a provisional government, before presidential elections in which he could stand, the diplomat said. The Syrian opposition, and its U.S. and Arab backers want Assad to step down.

"To demand Assad's exit makes no sense now that everyone's main enemy is ISIL, and a final destabilization of power in Syria can only benefit them," said Fyodor Lukyanov, a foreign policy analyst with close ties to Russian authorities.

Some Western diplomats say Moscow's initiative may be a sign that President Vladimir Putin is concerned about reports that U.S. President Barack Obama has ordered a review of Syria policy.

A statement by the Russian Foreign Ministry announcing the Moualem visit said the two ministers would hold talks "against the background of U.S. attempts to monopolise the right to decide on the goals and methods of anti-terrorist operations."

"There is a nervousness among Syria and its allies... They fear there is something that they cannot control so they want to take the initiative but they don't want to give any ground," the Western diplomat who tracks Syria said.

Some diplomats said Moscow was trying to show it was not isolated by the Ukraine conflict.

"This conflict is stalling all U.S.-Russia cooperation or talks on every possible field, including Syria," a Western diplomat in Moscow said.

"What Russia is trying to do is to show that it is relevant, that it is a player that cannot be bypassed."

Moscow reiterated its readiness to host Syria peace talks but it is far from clear who would represent the opposition.

While the West has thrown its weight behind the Turkey-based National Coalition for Syrian Revolutionary and Opposition Forces, Russia says members of "a wide spectrum of social and political forces of the Syrian society" should take part.

Moscow has not invited the coalition to take part in any talks, although Russia's Bogdanov did meet with members in Istanbul six weeks ago and discussed restarting the political process, said Anas Abdah, a senior coalition member.

Since Geneva, increased infighting in the opposition has undermined efforts by rebels to take on government forces. The rebels Washington wants to train and equip to take on ISIL have lost ground to hardliners.

"Things are much more complicated, the moderate Syrian opposition that used to stand together with the radicals against Assad is further split," analyst Lukyanov said. "Some prefer Assad to what is going on, other still want to fight the regime, yet others have lost any hope for any positive developments."

Moaz Alkhatib, the former head of the opposition coalition, visited Moscow for talks earlier this month.

Although he no longer leads the main opposition in exile, he is seen by diplomats as someone who could play a part in a political solution for Syria. After the meeting Alkhatib said Moscow had suggested hosting a conference to reboot talks.

He said he attended the meeting with two former high-ranking Syrian army generals who defected earlier in the war, a former Syrian diplomat and the opposition coalition's envoy to Doha.

"Russia did not offer anything, it just listened to us and we listened to them," Alkhatib told Reuters, saying he had repeated a call for Assad to step down.

"Syria cannot stand up again with this man," he said.

The Syrians also say it is not clear what Moscow wants to achieve from renewed peace talks, a Lebanese political source close to Damascus said.

"Moualem will head to Russia to hear what the Russians have to say and then we will get a clearer idea of it," the source said, adding that Syria did not feel pressured to compromise. "Nobody is willing to talk about Assad and his family leaving."

Moualem will be in Russia on Wednesday and Thursday and may meet Putin in the Black Sea resort of Sochi.