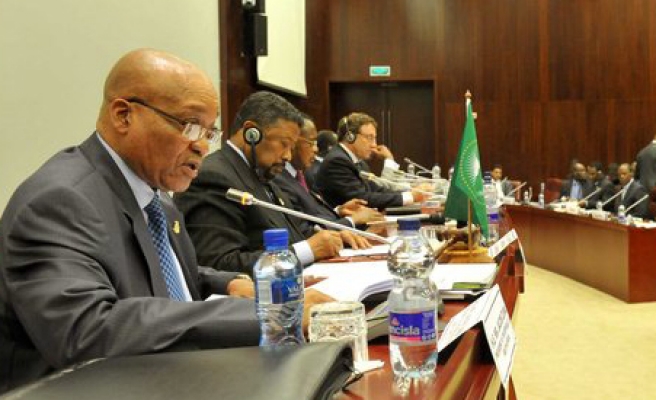 The South African government has not yet decided what level of representation to send to next week's planned inauguration of Egyptian President-elect Abdel-Fattah al-Sisi.

"We have not yet decided on that," Clayson Monyela, spokesperson for South Africa's Department of International Relations and Cooperation, told Anadolu Agency on Thursday.

Monyela declined to comment when asked whether South Africa would send representation to al-Sisi's planned inauguration.

Asked why Pretoria had not sent a congratulatory message to Egypt's president-elect, the spokesman said: "We are not in a hurry."

"I don't know. You will have to check with Clayson Monyela of international relations," Maharaj told AA.

Al-Sisi, a former army chief, was declared the winner of last week's Egyptian presidential election, in which he was said to have clinched almost 97 percent of the vote.

Egypt's army-installed interim presidency has invited 22 countries, 16 of whom have already confirmed their attendance, to a Sunday inauguration ceremony in Cairo, according to a well-placed source.

South Africa has been critical of the ouster of Morsi – Egypt's first freely elected president – and the subsequent crackdown on dissent by Egypt's army-backed authorities.